From a young age, Si Chen became fascinated by how the world was made. Despite nearly dropping out of university, she persevered, and is now embarking on an exciting research project in the field of quantum mechanics.

When I first learned about quantum theory, I thought about it pretty much entirely in terms of restrictions on our ability to gather information – like the Heisenberg Uncertainty Principle, which limits how much we can simultaneously find out about two properties of something (e.g. where it is and how fast it is moving).

Later on, as quantum technologies came closer and closer to reality, I learned that quantum theory gave more than it took away – that in fact it holds radically new possibilities for information-processing tasks. For example, classical cryptography can only base its security on the assumption that your attacker has limited computational power – RSA, which encrypts most of our communication today, is based on the difficulty of factorising very large numbers quickly enough. This is all that’s stopping them from accessing your information. But quantum cryptography is able to provide security that’s based on the laws of quantum mechanics itself, so until those are overturned, it won’t be possible for anyone to access your information, even in principle.

I became very curious about what physical principles have to underlie quantum mechanics to account for these information-processing advantages. When you learn quantum mechanics at university, it’s presented in this abstract mathematical way – and that’s really because we still don’t have a compelling answer to what the physical or empirically meaningful postulates of quantum mechanics are supposed to be. Einstein derived relativity theory from the facts that the speed of light was constant for all observers and physical laws didn’t change between different reference frames. But what are their equivalents in quantum theory? We still don’t know.

So the work I’m doing is at this crossroads between foundations and technology. I’m trying to look for novel applications where quantum mechanics can provide an advantage, and trying to figure out what those advantages say about the physical principles quantum mechanics is founded on. 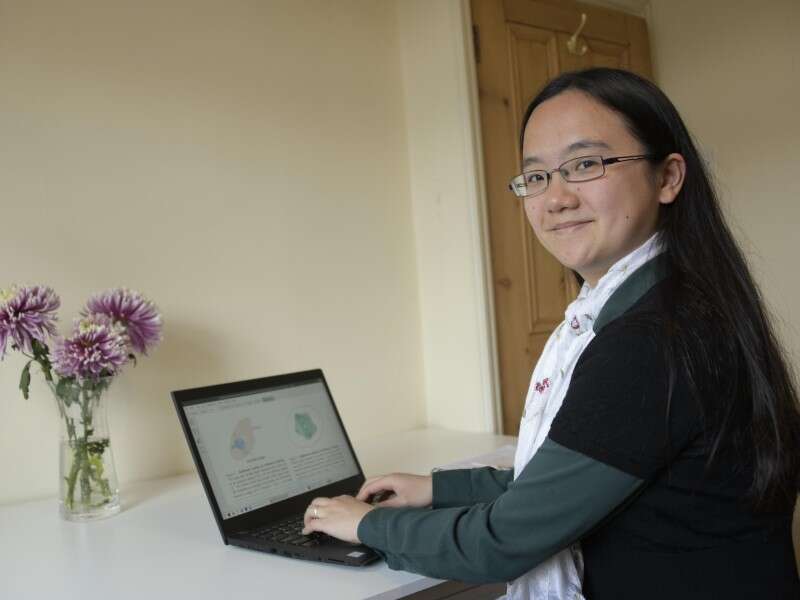 When I was a kid, I remember getting a book that opened with a simple question “Do you know how the world was made?” I remember thinking at the time, “Huh, I never realised that could be a question.” I’d just been taking the existence of everything and the way they worked for granted. As soon as I thought that, I felt that it was somehow not just one question but the only question, and when I looked around the urgency of answering it momentarily pressed down on me from all things, whose mysteriousness had so suddenly appeared to me.

In its most idealistic aspects, all my learning – and my decision to study physics – is still fuelled by this question. Like most students, and most people I suspect, I found quantum mechanics fascinating but maddeningly counterintuitive, and the hardest thing of all was to work out how much of the “weirdness” was coming from the formalism and how much it from the world itself.

In the quantum formalism, when you measure where an electron is, for instance, you collapse its wave function everywhere at the same time – that seems like a pretty dramatic demonstration of causal influences going faster than light! But is it possible to make the same empirical predictions as quantum mechanics – empirical predictions which definitely hold up as facts of our world – and not have this kind of nonlocal causality? This is the question addressed by the famous Bell’s Theorem, and it’s very much paradigmatic of a whole new approach to quantum foundations that came with the rise of quantum information (QI), and I fell completely in love with all of it.

“This award came through at pretty much the point where it all seemed like there’s not much I can do except give up. Instead, the award made it possible for me to give my all to the work I love.”

I saw a field where research on foundational questions constantly invigorates and is actively informed by new technologies. I found this a pretty rare and intoxicating mix – you don’t come across it so often these days where the theoretical parts of physics can be so separated from its experimental parts. So I went into the field and never looked back.

It’s meant so much to me! I remember rereading the email where I found out I got the award over and over again, I just could not believe it was real. I went through quite a bit of my savings last year, trying to get the PhD project I was developing funded. This award came through at a pretty much the point where it all seemed like there’s not much I can do except give up. Instead, the award made it possible for me to give my all to the work I love.

Back in secondary school and undergrad, I struggled with depression. There were a couple of points in my undergrad where I almost dropped out, but I am so glad that I persevered, rediscovered my passion for physics, and in doing so completely turned around my studies. Like the previous awardee Joanna Sakowska, I also grew up with quite a closed mindset – that you’re born naturally good at certain things or you’re not, and if you’re not there’s basically nothing you can do to change that.

When I looked over my track record early in undergrad, all I could think was that it did not look like it came from anyone who was “naturally good at physics”, so I should just give up. So much of how I got through to where I am today came from learning about the “growth mindset”, the belief that human qualities can be cultivated through effort. It allowed me to reorient, not just how I studied, but how I lived in general, around learning and not around what best fits the image of a “natural”, in physics or in anything else.

I started caring a lot less that my “patchy” academic background doesn’t look like it came from someone who is “supposed to” do research, and started caring a lot more about how I could get more time to learn the physics I loved. This drive got me through the most difficult times during my undergrad and gave me the impetus to go forward into a PhD.

I would say that to get through barriers others never had to face, you’ve probably had to develop mettle and resilience others never had to develop. Therefore you should have confidence that you can prove people wrong, that you can do so much better than living down to the expectations. More people have come through those barriers than you realise, especially when they consist of something invisible, like a hidden disability or a deprived background. At least, this has been my experience. And things can and indeed are getting better – the existence of the Bell Burnell award is one proof among many of that.

When I was struggling, I met many people who told me I needed to “accept a more limited life”. What made a huge difference for me is that I also met people who didn’t just think otherwise, but acted otherwise, especially my current supervisor. They nurtured my fascination for the QI revolution going on in quantum foundations, helped keep it alive when I was at my lowest, and encouraged me to pursue research anyway. There is no way I could have come anywhere near as far as I have without the tremendous good luck of meeting such people.

Many brilliant classmates with similar struggles to myself were not so lucky. They left physics after their first degree, or even dropped out altogether, because they encountered the much more typical mindset that people like us should simply “accept a more limited life”. This is why it can be so important to make physics as diverse as the people who love to pursue it.

The fund is set up in recognition of the truth that anyone who is curious about how nature works, and willing to let that curiosity take them through the fight of their lives, can be a physicist. If you’ve kept that curiosity and that fight going through the barriers this fund was set up to combat, then you should apply. There need to be more people like you to show that there is no “type of person” a physicist should be.