Mary’s story proves that girls who like science don’t have to be doctors or vets – they can help in the quest to solve one of the biggest mysteries of the universe.

I’m going to do my PhD in particle physics at the Large Hadron Collider (LHC) at CERN. The LHC is a huge ring, 27km in circumference, which smashes protons together at incredible energies. They travel at very nearly the speed of light and collide millions of times per second.

One of the particle detectors along the ring is called LHCb. The “b” stands for “beauty”. It is especially designed to study the beauty quark, which is one of the fundamental particles that make up everything in the universe. I’m going to be studying these particles and how they decay to try and figure out if they hold the answers to a problem called matter-antimatter asymmetry. This means the universe has more particles than antiparticles and we don’t fully understand why.

Particles made from beauty quarks could hold the answers! 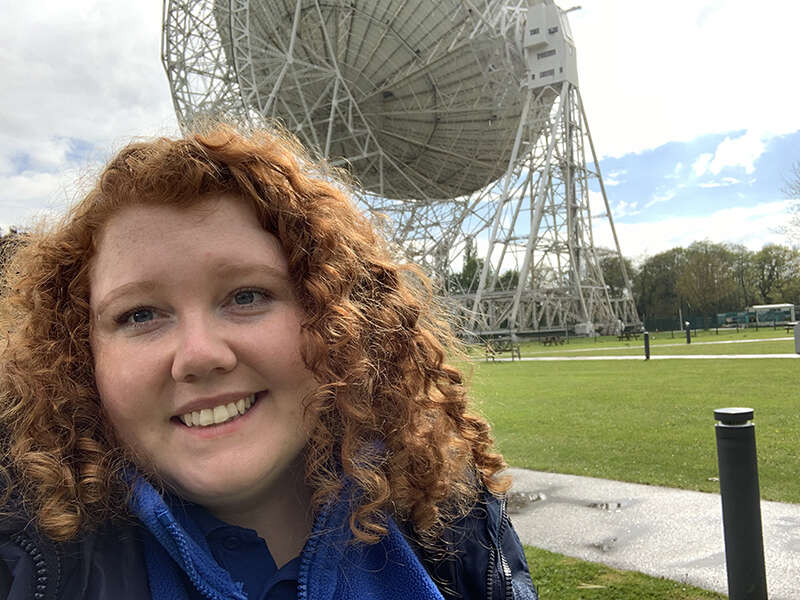 This research could tell us more about why the universe is the way it is, and why we’re here at all. I’ve always been curious about why we’re here and why we exist, and I am fascinated by these particle physics experiments like those at CERN. This is my perfect PhD project.

I originally wanted to study medicine. I thought girls who were good at science could be doctors or vets, which are excellent jobs, but being a scientist wasn’t something I thought was possible. I started to really enjoy science in general when I started my science GCSEs at secondary school.

One of my favourite teachers was my physics teacher. He was funny and enthusiastic, and showed me just how fun studying and doing science can be. It’s because of his lessons and energy that I decided to continue doing physics at A-level, even though I didn’t need to study physics to become a medic. If it had not been for him and his lessons, I might not have studied physics past GCSE level.

“Doing a PhD is not something I could have afforded. Being awarded this scholarship has meant I can pursue my dreams of becoming a particle physicist without worrying what it might cost.”

I didn’t really know that particle physics existed until I was doing my A-levels. My A-level physics teacher at college did a PhD in particle physics and would tell the class about it. I found it so interesting, it wasn’t like anything I’d ever learnt about before.

I decided I never wanted to stop studying physics, so came to university to study it more. I ended up choosing all the particle physics courses available and even did my final year project in particle physics. I was drawn to my PhD project because the problem we want to solve holds information about the origins of the universe. This is something I also enjoyed learning about in my undergraduate studies.

Winning this scholarship is truly a dream come true. I worried that doing a PhD might be out of reach for me, but it's everything I’ve wanted since I knew what it meant to be a real scientist. I'm from a single parent family in Scunthorpe. My mother brought me up alone after my father passed away from cancer in 2002.

She worked exceptionally hard to support me but ultimately doing a PhD is not something I could have afforded. Being awarded this scholarship has meant I can pursue my dreams of becoming a particle physicist without worrying what it might cost.

Back when I was younger, there were always things I worried about that other children might not have had to. I was worried about money, I worried that being a child from a single parent family might make me different to everyone else, and I struggled with that a lot during school.

I’ve had a few rejections in my life. I was rejected by my top choice secondary school, a grammar school in Lincolnshire. I was also rejected by one of my top university choices years later.

I have always been resilient and put on a brave face, but these still made me secretly question whether I was good enough. When the university rejection came through, someone told me I should stop aiming so high to avoid all the disappointment. Of course, I ignored this advice, but it still stuck with me and made me wonder if I could really succeed. I still did it anyway – I worked hard and proved these things didn’t matter and that I was good enough.

Going off to university also always felt daunting. I knew it was expensive and I always felt I had to work a lot harder to prove myself worthy of my place in the academic world. I am a first-generation student, meaning neither of my parents, or their parents, went to university. 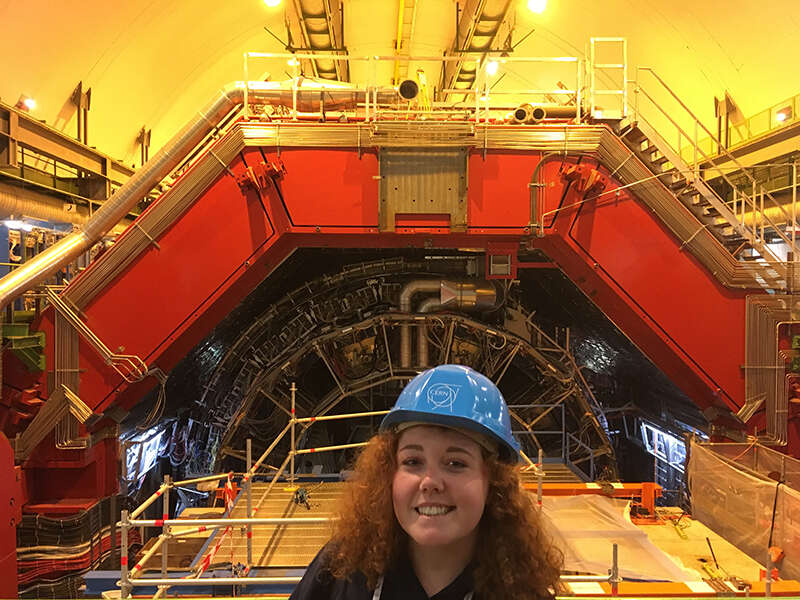 When I came to university I felt very out of place from the beginning. My peers had all done extra reading, extra projects, they had copies of advanced textbooks that they’d been studying for years, they’d visited laboratories in different countries all over the world.

I felt like I knew nothing and even considered dropping out. I thought it was a mistake that I’d been offered a place and that they’d soon realise they accepted the wrong student, or that my A-level exams had somehow been mixed up with someone else’s. It took a long time for me to see that I have a place here, but I ended up getting a first-class grade in my very first semester.

Don’t listen to the impostor syndrome. Physics is not easy! We don’t always know the answers – in fact that’s the reason why we do physics at all. We're still scratching the surface, there's still so much to learn – problems to solve, technology to develop and things to explain. You never know, you might one day contribute to solving one of the biggest mysteries surrounding our universe. If I’d stopped when someone told me to, I wouldn’t be going off to do my PhD now.

When someone doubts you, work hard and show them that they were wrong.

To me, physics is all about solving problems and working together, discussing experiments and results, and coming up with new ideas. If every physicist were the same, we would never come up with anything new. Diversity brings creativity and a new perspective to physics and that’s what science is all about – looking outside the box. There should be a place in physics for anyone who wishes to take it.

You should do it! You have a 0% chance of getting something you don’t apply for, so just by applying your chances are already better! I wasn’t sure if I’d even be invited to interview, never mind being awarded a scholarship. You may just surprise yourself, if you love doing something then that passion and drive always shine through.