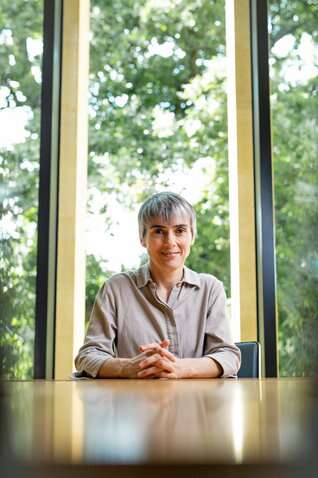 Professor Dame Ottoline Leyser DBE FRS will join UK Research and Innovation (UKRI) as its new chief executive in June. She will succeed Sir Mark Walport, who announced in September last year that he would retire in 2020.

She is professor of plant development and director of the Sainsbury Laboratory at the University of Cambridge, and currently a council member for the Biotechnology and Biological Sciences Research Council.

In a letter warmly welcoming Professor Leyser to her new role (PDF, 222KB), Institute of Physics CEO Professor Paul Hardaker offered her the support of the IOP as she takes up the position, describing how physics ‘contributes to national research and innovation priorities and underpins many other research areas in UKRI, including in the immediate challenges of COVID-19’.

She was appointed a Dame Commander of the Order of the British Empire (DBE) in the 2017 New Year Honours list for ‘services to plant science, science in society and equality and diversity in science’.