More than 2,500 students across Ireland rose to the occasion and entered projects to the BT Young Scientist & Technology Exhibition awards (BTYSTE) 2021 despite the ongoing challenges posed by the pandemic.

The event – now in its 57th year but held virtually for the first time, from 6-8 January – was hailed at the opening ceremony by Irish president Michael D Higgins, who called it “the pinnacle of scientific achievement and discovery amongst young people worldwide”.

The Institute of Physics prize for the best project in the physical sciences section of BTYSTE was awarded to Monaghan students Oisín O’Neill and Pauric McBride from Our Lady’s Secondary School, Castleblayney, for their impressive project titled: ‘An Investigation into Potential and Kinetic Energy in Archery.’

The pair were also recognised with a second award as they won first place in their category, the Chemical, Physical and Mathematical Science Intermediate Group.

Pauric McBride said: “The BT Young Scientist was an exciting and challenging endeavour which I really enjoyed, and it made me step out of my comfort zone. We are extremely grateful to the school and to our teachers Mr Nolan and Mr Murray for giving us this wonderful opportunity.”

Oisín O’Neill said: “The experience was amazing. It was a once-in-a-lifetime opportunity and I really enjoyed the time we spent working on the project and the hard work paid off when we were announced as winners in the intermediate section and [in] winning the IOP award. Competitions like these are important for young people to help develop their interest in STEM subjects.”

School principal Eddie Kelly added: “I’m absolutely delighted for Pauric and Oisín and on behalf of all members of our school community I congratulate them wholeheartedly on this wonderful achievement.

“Both boys and their teachers have put an incredible amount of time, effort and work into this project and their success here at the BT Young Scientist competition is well and truly deserved.

“The students have shown how an idea can be developed and how you can reap the reward of preparation, perseverance, hard work and commitment.”

The show was a fun and accessible way for students to learn about electricity through the ages using interactive demonstrations.

Mark the Science Guy became the ‘master of lightning’ as he attempted to harness the laws of physics to control a million volts of electricity and turned thunder into rock and roll music. 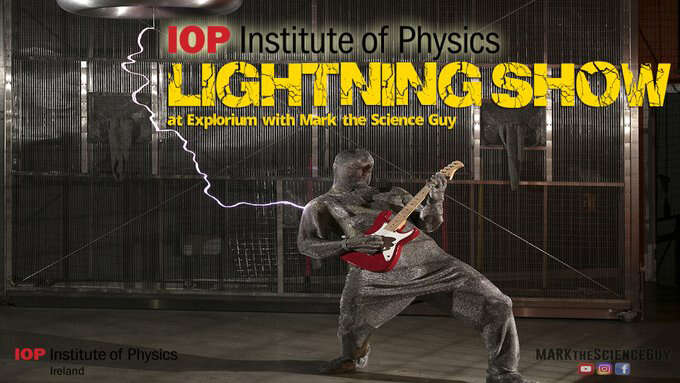 BT Ireland has announced the public will have free access to all BTYSTE 2021 portal content until the end of January, providing extended access to students' projects, highlights from the event and more to audiences in Ireland and internationally.