The 2022 Nobel Prize in Physics has been awarded jointly to Alain Aspect, John F Clauser and Anton Zeilinger “for experiments with entangled photons, establishing the violation of Bell inequalities and pioneering quantum information science”.

The prize will be presented in Stockholm in December, with the prize money of £800,000 (10 million Swedish kronor) being shared equally between the winners.

They worked independently, to establish the quantum property of entanglement, a property that has an important role in quantum computers; computers fast enough to manage many tasks much more efficiently than conventional machines. 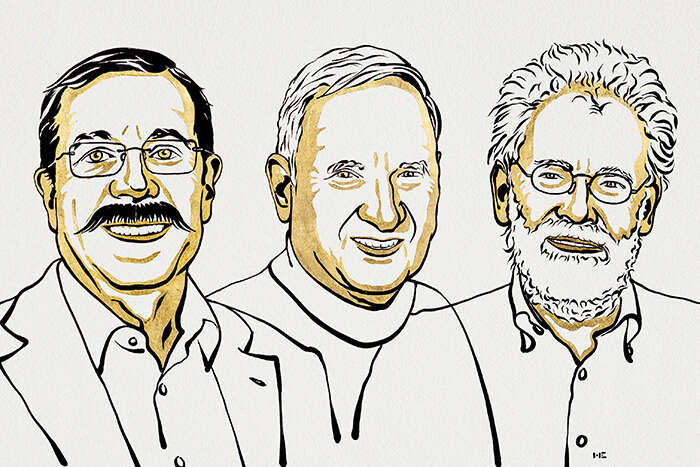 Announcing the winners, the Nobel Prize committee said: “The 2022 physics laureates’ development of experimental tools has laid the foundation for a new era of quantum technology.

“Being able to manipulate and manage quantum states and all their layers of properties gives us access to tools with unexpected potential.”

Speaking during a press conference, where he was announced as one of the 2022 laureates, Anton Zeilinger said: “This prize is an encouragement to young people – the prize would not be possible without more than 100 young people who worked with me over the years.”

Professor Zeilinger is a previous Institute of Physics (IOP) Isaac Newton Medal and Prize winner, having won back in 2008, meaning that the IOP Newton Medal committee of the time managed to select a subsequent Nobel laureate.

And as is traditional, Professor Zeilinger then came to give a lecture at the IOP. The lecture was followed by a jazz evening; jazz music being a favourite of his.

“This is an area of physics with ongoing, profound impact, at a fundamental level to help understand the world around us and is being explored for use in highly novel technologies for sensing and communication today.

“It is also fantastic to see Anton Zeilinger, a previous IOP Newton Medal winner, going on to receive the most prestigious award in the field.

“The IOP continues to support the work of our members to understand more of the mysteries of the quantum world and use them to develop ground-breaking quantum technologies.”

The three also won the Wolf Prize in Physics back in 2010, a prize awarded once a year by the Wolf Foundation in Israel.