A myriad of Girl Guides discover physics at the NEC

If you thought you saw 10,000 Girl Guides at the NEC on Saturday, and did a double-take, you weren’t mistaken.

The Birmingham conference centre was the venue for Girlguiding Midlands’ Celebrate 2020 event, and this year Rainbows, Brownies, Guides and Rangers were all experimenting with physics as part of the day’s raft of activities.

To engage budding young scientists among the Girlguiding sorority, the Institute of Physics (IOP) and Girlguiding Nottinghamshire launched a new badge for all Girlguiding age groups last year, called I am a physicist.

One of the creators was Brownie Leader Deborah Phelps, herself a Loughborough Physics graduate and member of the IOP Council. Deborah worked with the East Midlands Girlguiding Committee and the IOP to develop the activities and resources for the initiative.

Its popularity among Rainbows, Brownies, Guides and Rangers has surpassed all expectations. 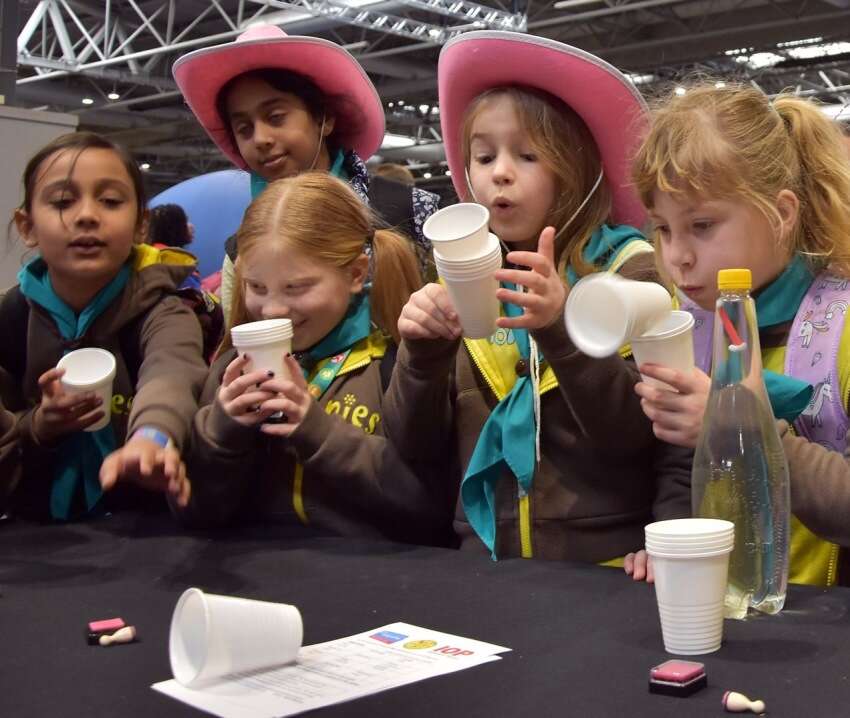 A group of Brownies conduct a physics experiment

When the pilot launched in Nottinghamshire on 28 January 2019, the IOP and Girl Guiding East Midlands hoped 1,000 girls would take part. By August though, 2,763 girls and leaders from 98 units had taken part. And despite the badge only being promoted in Nottinghamshire, 52 units were from elsewhere in the UK, and one was even from the Netherlands!

The badge includes activities for all age groups, with loads to choose from. To help Leaders get up to speed with their science skills, online resources including ‘how to’ videos are available for some quick revision and to guide them through delivering the badge’s syllabus.

With lava lamps, and musical coat hangers for Rainbows and Brownies, egg mars Landers and balloon kebabs for Guides and Rangers, not to mention fizzy tornado rockets and CD hovercrafts, each participant in the badge is likely to spend around five hours engaged with physics. That all adds up to a phenomenal 13,815 hours of Girlguiding physics.

As well as celebrating the year and the success of the I am a Physicist badge, NEC attendees were even able to start working towards gaining the badge if they wanted to. The IOP’s David Wilkinson was on hand to take the young physicists through any of a dozen hands-on experiments, as part of the challenge, which is designed to introduce girls to the fascinating world of physics in a way that is accessible, fun and educational.

There was even a planetarium and a story-telling yurt for Rainbows.

David said: “Everyone had a great day. The NEC was buzzing with excitement and at least 1,000 Rainbows, Brownies, Guides and Rangers visited the IOP stand. With so much physics to have a go at, and things to see, the girls probably did about 500 hours of physics when it’s all added up.

“We are delighted at the popularity of the new badge. It is great that as a result of this event we now will have Girlguiding physicists across the whole Midlands region.” 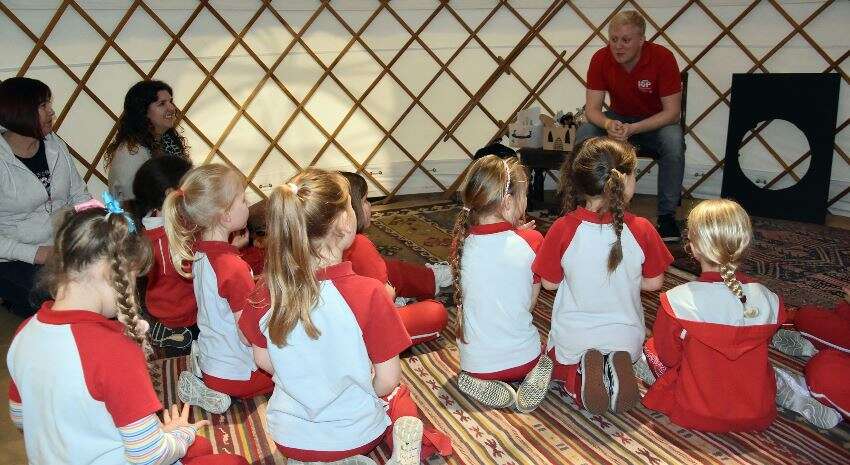 Inside the storytelling tent