Delegation takes in Belfast and Derry as part of a year-long programme of tours to the nations and regions of the UK and Ireland.

Dr John Bagshaw, Institute of Physics (IOP) Vice-President for Business, has just completed a trip to Belfast and Derry where he met with business, political and academic leaders as well as members of the IOP.

During his visit, as the head of a senior delegation from the IOP, John met with a leading global manufacturer of computer hard drives, along with Northern Ireland’s Children’s Commissioner and the team behind an innovative new zero-carbon maritime start-up.

He also fitted in a tour of the School of Mathematics and Physics at Queen’s University in Belfast and held meetings with civil servants and business leaders.

The tour, which is part of a year-long programme of visits to the nations and regions of the UK and Ireland by the vice-presidents of the IOP, kicked off with John meeting Koulla Yiasouma, the NI Commissioner for Children and Young People.

During his session with the commissioner John discussed the IOP’s Limit Less campaign, which aims to challenge misconceived ideas and stereotypes about physics, which deter some young people from choosing to study the science from age 16.

Koulla heard from the delegation about the experiences of young people in Northern Ireland and promised to continue to work with the IOP on its efforts to continue to open up access to physics and challenge perceptions about who should and who should not be a physicist. 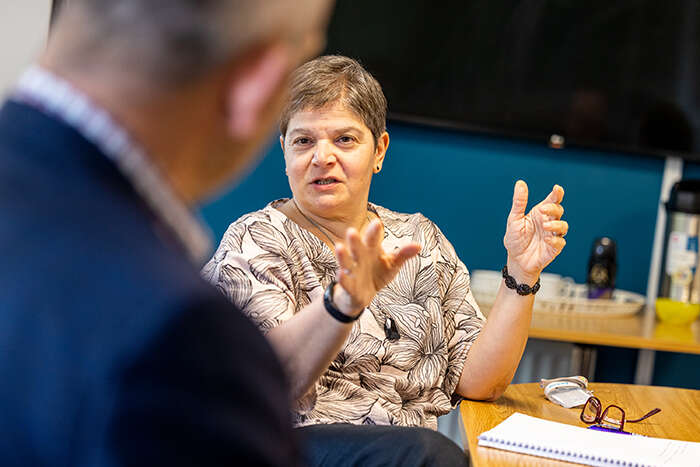 Next on the agenda was a trip to the Seagate Technology manufacturing hub at Springtown in Derry. The plant celebrates its 20th anniversary in the city this year and, since opening in 1993, the hard drive manufacturer has become Derry’s largest employer, with a staff of almost 1,400.

John was shown the production facility at the factory, which makes a tiny, specialised part for hard drives called a recording head.

He discussed the challenges and opportunities for the business in working with academic research departments and the steps they are taking to ensure that there is a steady stream of trained physicists ready to begin roles in their research and development function.

Following on from Seagate was the visit to Queen’s University Belfast where John met with representatives both from the school and the Faculty of Engineering and Physical Sciences.

The tour started with an introduction to the work of ANSIN, which works as the academic partner of the Seagate business in Derry and proactively seeks development partnerships with collaborators from across industry. 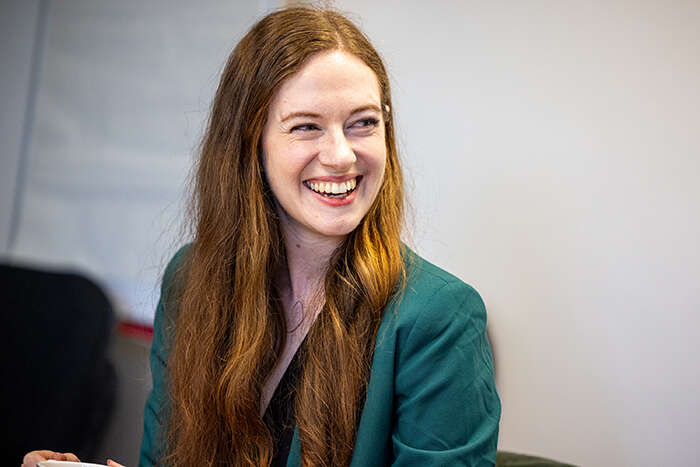 Fiona Longmuir from the IOP’s team makes a point to the Children’s Commissioner. Credit: Alan Rowlette.

Professor Robert Bowman, from ANSIN, talked the delegation through how the centre had grown from an initial, small-scale investment, to a major commercial partner and increasingly important provider of opportunities to Queen’s graduates and PhD students.

During the visit John heard briefings on the various strands of research going on at the department and was given a tour of the TARANIS laser, the largest university-based laser in the UK.

The laser facility, named after the Celtic god of thunder and lightning, has been at the core of the activities of the researchers from the School of Mathematics and Physics for over a decade.

Funded jointly by the Engineering and Physical Sciences Research Council (EPSRC) and the university, the laser delivers two optically synchronised pulses of about 20 joules of energy per pulse in sub-ps duration, for a power of about 20 terawatts (about 400 times more powerful than the entire UK National Grid – but only for a very short time!).

The facility has attracted collaborations, researchers and students from around the world to work with the team, while it has played a key role in attracting major grant funding from Research Councils UK/UK Research and Innovation over the years. 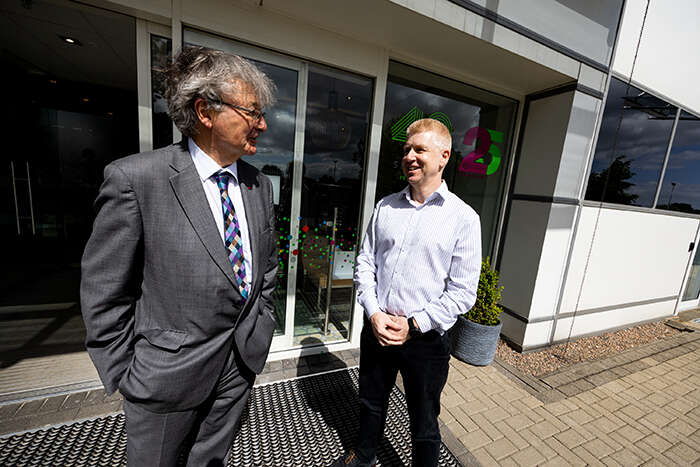 Following an evening of meetings with civil servants from the NI education department the delegation completed its whistle-stop tour with a visit to the ground-breaking Artemis Technologies business based on the Belfast docks.

This company are experts in green maritime innovation, digitalisation and autonomy and are building on their high-performance background to lead the decarbonisation of the maritime industry through the design and development of transformative technologies and zero-emission vessels.

John and the team were shown the company’s maritime simulator and the cutting-edge electric catamaran design they are working on bringing to market.

Further visits to Liverpool and Manchester are scheduled for the autumn. 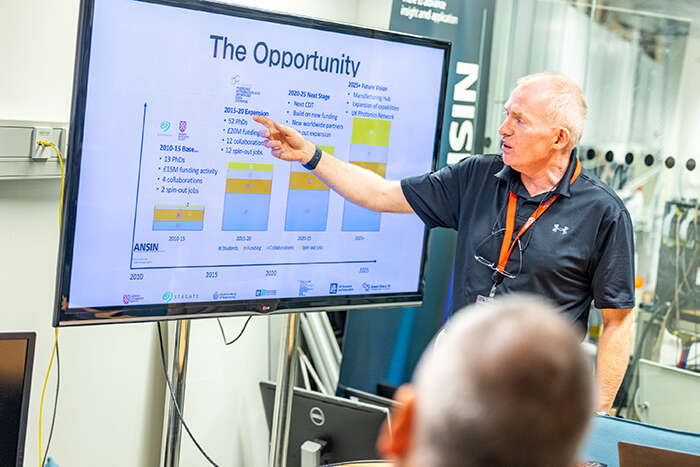 The IOP delegation is shown the facilities at Queen’s University School of Mathematics and Physics. Credit: Alan Rowlette