Roger Penrose, Andrea Ghez and Reinhard Genzel have been recognised for their research around black hole formation

Commenting on this year’s Nobel Prize in Physics, announced this week, Paul Hardaker, CEO of the Institute of Physics said: “I am absolutely delighted to congratulate this year’s winners of the physics Nobel prize. 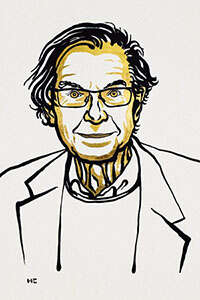 “Now we take the existence of black holes for granted, but the work of this year’s winners has helped us to not only understand that they exist, but to enhance our understanding of what they are and how they influence the galaxies around them.

“And it’s not bad that it also gives us a robust prediction of Einstein’s general relativity.

“Special congratulations to Sir Roger Penrose (pictured, above left), as one of IOP’s Honorary Fellows. His decades of amazingly original and inventive work have given us creative insights across physics and mathematics and we are truly delighted that his contribution has been recognised in this way. 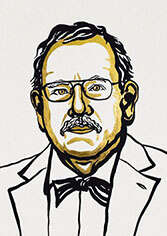 “The work led by both Andrea Ghez and Reinhard Genzel (pictured, left) has pushed the boundaries of our capabilities to look deep into our own galaxy, to give us the most convincing evidence that we have about the supermassive black hole at the centre of the Milky Way.

“It is an outstanding example of what can come from a long-term commitment and the dedication to search for answers. 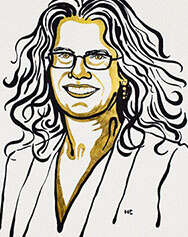 “It is also heartening to see Andrea Ghez (pictured, left) recognised as only the fourth woman to have won the Nobel Prize in Physics.

“As we know well in physics, two women recipients in two years does not make a trend, but we all look forward to the day when we no longer feel the need to mention this.”