The latest VP visit took place in Manchester on Thursday 29 September organised by local branch members and with Vice-President for IOP Science and Innovation Martin Freer in attendance.

The day kicked off with a visit to Loreto College in Hulme. Martin was joined by Chair of the Manchester and District branch Pierre Grace, IOP Head of Campaign Strategy Ray Mitchell and other local members and staff to meet some young – and very enthusiastic – Loreto physics students, discussing their love of physics, and their ambitions and hopes for careers in physics and beyond.

The group were then taken on a tour of some science classes by Loreto physics teacher and branch committee member Ian Udall, witnessing some impressive practicals and demonstrations.

The delegation then made the short trip to Manchester Metropolitan University’s Brooks Building where they met a group of science PGCE students preparing to become teachers. The young people spoke with Martin about their motivations and he was interested to know how they felt the IOP and other similar bodies could best support them.

Principal Lecturer and Science PGCE leader at the university Amanda Smith was happy to sing the praises of the IOP as one of the best supporters of both specialist and non-specialist teachers with resources and guidance.

Following this meeting was a discussion on the IOP Limit Less campaign led by Ray Mitchell, and the Manchester branch outlined an innovative project they were undertaking supplying children-friendly science books into early years settings, hearing from a couple of people working in local primary schools.

The party was later joined by more local branch members from a variety of backgrounds, including aviation, astronomy, engineering and teaching, for a discussion that took in branch activities, fees, IOP support, partnerships and more. More IOP members then joined the group at a local restaurant for further chat and debate, drawing a packed and wide-ranging agenda to a close. 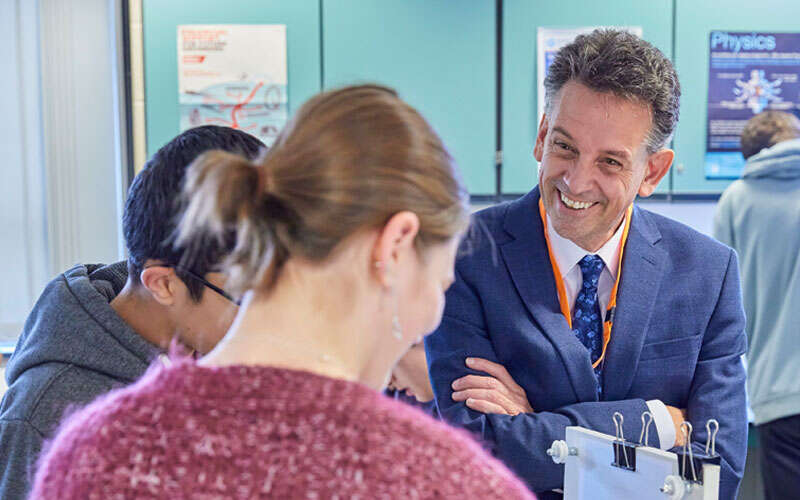