Tom Grinyer, currently group chief executive of the BMA, will take over from Paul Hardaker in June.

The Institute of Physics (IOP) has appointed Tom Grinyer, currently group chief executive of the British Medical Association (BMA), as the new CEO of the IOP Group.

He will take over from Professor Paul Hardaker in June.

Before becoming group CEO of the BMA, which incorporates the British Medical Journal publications, Tom led the Royal College of Anaesthetists and prior to this was executive director of strategy and communications at the Royal College of Physicians, where he was also interim chief executive.

“I am really pleased to be joining the IOP, which holds such an important place in the science community,” Tom said. “Physics plays a crucial role in society and the IOP is at the centre of supporting physicists and promoting physics across the UK and Ireland.”

President of the IOP, Professor Sheila Rowan CBE, said she was delighted that he would be joining, adding that “the appointment panel was greatly impressed with his energy, commitment, leadership skills and values.

“I know his decade of experience leading science-based membership organisations, including overseeing a major publishing operation, will stand us in good stead as we implement our ambitious strategy.”

Tom added his thanks to all at the IOP including Paul Hardaker, who has been at the IOP for 10 years. Professor Rowan said she wanted to pay a special tribute to Professor Hardaker, “who has led the IOP so ably for the past decade, and in particular led us through the challenges of COVID-19. He will be much missed, but I am confident that in Tom we have found a worthy successor”. 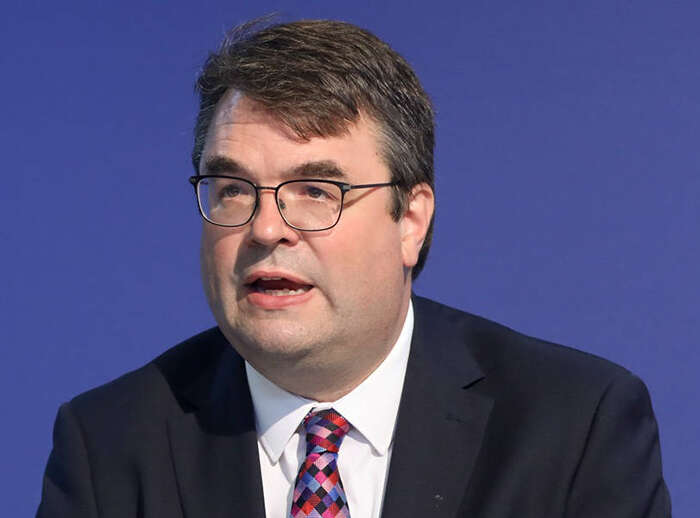