One half has been awarded jointly to Syukuro (Suki) Manabe and Klaus Hasselmann and the other half to Giorgio Parisi.

The Nobel Prize in Physics 2021 has been awarded ‘for ground-breaking contributions to our understanding of complex systems’.

One half has been awarded jointly to Syukuro (Suki) Manabe and Klaus Hasselmann ‘for the physical modelling of Earth's climate, quantifying variability and reliably predicting global warming’ and the other half to Giorgio Parisi ‘for the discovery of the interplay of disorder and fluctuations in physical systems from atomic to planetary scales’.

This year’s prize is divided, but has a common theme which highlights the way in which a more complete and complex understanding of the physical sciences can result in both increased knowledge and better models of the future.

The connection between the work of climate modelling pioneer Syukuro Manabe and Klaus Hasselmann and that of Giorgio Parisi highlights how well early climate models did in representing physical processes and also shows that in order to understand predictability we need to understand variability.

And as the UK prepares to host the COP26 summit it is a timely reminder of the importance physics will play both in understanding climate change and providing solutions to it.

Continued research into our changing climate will not only enable us to predict and forecast its behaviour to avert a climate catastrophe, but also underpins international agreements on limiting global warming.

Commenting on this year’s Nobel Prize in Physics, Paul Hardaker, Chief Executive Officer of the Institute of Physics (IOP), said: “We would like to send all our congratulations to Syukuro, Klaus and Giorgio as the laureates for this year’s physics Nobel Prize and their study of complex phenomena.

“Whilst complex systems are difficult to deal with mathematically they are all around us and affect our lives in many different ways, not least through the way they affect the nature of our weather and climate.

“Their work has laid the foundations for our understanding of the earth system and the impact of our interactions with it. Never has this been more important than in what we are doing now to tackle the challenges of our changing climate and move toward a new green economy.

“Congratulations again to all three and wonderful to see their important work recognised in this way.”

Professor Tim Palmer, Royal Society Research Professor in Climate Physics, Co-Director of the Oxford Martin Programme on Modelling and Predicting Climate and a Professorial Fellow of Jesus College Oxford, said it was a welcome recognition for climate science: "At last weather and climate science have been recognised to be part of mainstream physics, something meteorologists have always known, of course!”

He added: "I am delighted that Suki Manabe, Klaus Hasselmann and Giorgio Parisi have been recognised for their pioneering work on modelling climate change and for developing techniques for representing the impact of small-scale processes (such as clouds and turbulence) on the large scale, an essential part of a modern climate model."

Met Office Chief Scientist (2009-2016) and Honorary Fellow of the IOP Professor Dame Julia Slingo said: "Recognition of the massive role that climate modelling has played in alerting us to the dangers of climate change is long overdue. The development of complex physically-based simulations of weather and climate has been one of science's greatest achievements in the last 60 years, in which Suki Manabe has been truly pivotal.

"Klaus Hasselmann pioneered the concept that weather and climate are part of the same continuum and that the chaotic nature of weather does not mean that we cannot predict the climate. Both have been hugely influential in my field and I congratulate them on this most fitting of awards." 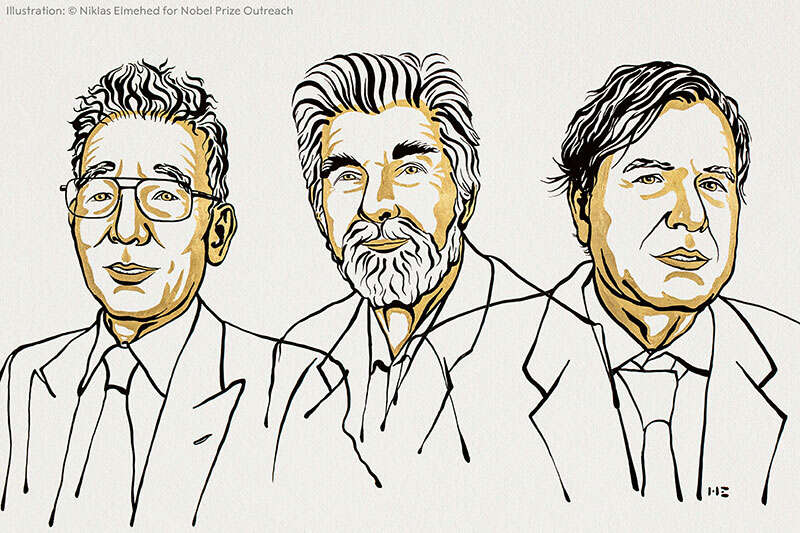