We are a founding member of the LGBT+ Physical Sciences Network; a space where scientists can come together and share information and support on increasing LGBT+ diversity and inclusion within the physical sciences workforce.

Formed in 2016, the LGBT+ Physical Scientists Network brings together members from the IOP, the Royal Astronomical Society (RAS) and the Royal Society of Chemistry (RSC), with a mission to better drive LGBT+ diversity and inclusion within membership organisations.

The overarching purpose of the network is:

Overseeing the network is a steering group comprising members from the IOP, RAS, RSC and Stonewall, as well as those that promoted and contributed to the network's inaugural meeting in 2016. 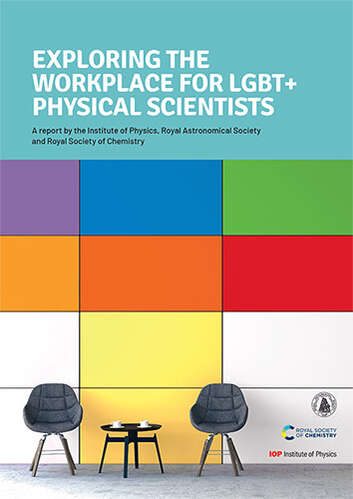