The Queen’s Speech: will it be good for physics?

The IOP will keep a watchful eye on and aim to influence the government’s plans set to shape our sector.

The Queen’s Speech was hailed by the UK government as a plan to “grow and strengthen the economy”. Many of the measures intended to be made law are not new, as they have been featured in government white papers over the last five months.

But we now have further details about the government’s legislative plans up to the next general election. Here’s our roundup of the bills that we will monitor and seek to shape over the next parliamentary session.

Levelling Up and Regeneration Bill

This Bill has the difficult task of turning the ambitions set out in the Levelling Up White Paper into reality. The Institute of Physics (IOP) will be watching it closely as the second of the government’s 12 Levelling Up missions centres on research and development (R&D).

The commitments announced in the White Paper to increase total R&D spending to 2.4% of gross domestic product (GDP) by 2027 and for domestic public investment in R&D outside the Greater South East to rise by at least 40% were cautiously welcomed by the IOP earlier this year.

One of the Bill’s main elements is placing a statutory duty on the government to set these missions and produce annual reports on delivery. But at this stage, there is no detail on what the government plans to do in addressing shortages of physics skills that could hold back rather than harness the potential of the R&D proposals.

Our Physics and the Economy report shows physics’ critical contribution to the UK economy, accounting for 11% of all gross value added (GVA). Also, our Workforce Skills report shows that physics skills are central to the new industrial landscape and offer routes to productive employment and varied and rewarding careers for people in every part of the UK.

“There is no detail on what the government plans to do in addressing shortages of physics skills that could hold back the R&D proposals.”

The labour market’s demand for physics skills is large enough to be significant everywhere. The IOP has recently launched its physics R&D blueprint consultation, which asks the physics community what the best R&D ecosystem looks like and presents this to those who can change it.

The government’s aims for education contained in this Bill show a more focused remit than the White Paper published in March. Measures to be included will be through the lens of the rollout of Multi-Academy Trusts across England to drive up standards across the system.

Following the publication of the White Paper, the IOP wrote an open letter (PDF, 149KB) to the Education Secretary in which we called for:

The Bill will also implement a direct National Funding Formula so that each mainstream school will be allocated funding on the same basis, regardless of location. The government says this will give all children the same opportunities based on a consistent assessment of their needs.

Ensuring that every child, regardless of background, is supported and encouraged when considering physics as an educational option drives the IOP’s Limit Less campaign.

Therefore, we will hold the Bill to this standard and the aims of the campaign. A clear sign of its success in this regard will be widening the pool from which students are taken (in 2019, 70% of all physics A-level entrants came from only 30% of schools).

The aims and measures outlined in the Bill build on the government’s response to the Augar review earlier this year. It will enable the introduction of the Lifelong Loan Entitlement (LLE).

The LLE will provide individuals with a loan entitlement equivalent to four years of post-18 education (£37,000 in today’s fees) that they can use over their lifetime for a wider range of studies, including shorter and technical courses.

Subject to the conclusion of the higher education reform consultation, the Bill will set minimum qualification requirements for a person living in England to be eligible to get student finance support to enter higher education.

“The planned changes to the student finance system could disproportionately hit disadvantaged students.”

It will also put into law the government’s manifesto commitment to tackle the uncontrolled growth of low-quality courses by taking specific powers to control the numbers of students enrolled at certain providers.

The IOP wrote to the Education Secretary in March outlining how the planned changes to the student finance system could disproportionately hit disadvantaged students. 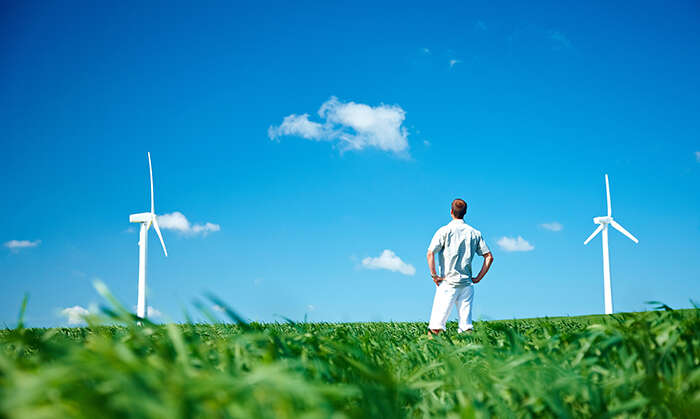 While the scope of the Bill focuses on eliminating imports of foreign energy while adhering to the government’s net zero targets, it touches on physics innovation.

The Bill’s main elements will introduce new business models for carbon capture usage and storage that aim to foster the development of new low-carbon technologies. It will also create a new regulatory environment for fusion energy that will focus on supporting innovation.

This Bill is a key pillar of the government’s post-Brexit agenda as it seeks to capitalise on a new economic framework outside of the European Union (EU). Most of its scope will focus on how Parliament will create new mechanisms to amend and replace those retained from when the UK was a member of the EU.

Once passed, government’s stated plan is “to scrap a large amount of EU red tape that inhibits innovation and entrepreneurship”, which could have longer term implications for physics R&D.