Why there is no ‘levelling up’ without physics

The government must harness the broad palette of physics skills if it wants to redress economic and social imbalances across the UK’s nations and regions, writes Tony McBride.

The UK government’s Levelling Up white paper, published last week, has been heralded by some as ambitious and transformative while others have criticised it for re-hashing old ideas and re-announcing existing commitments.

Objectively, we can say it is broad. From internet connectivity to housing, crime rates to health outcomes, its 12 ‘missions’ pledge to deliver improvements across an uncommonly varied range of domestic priority areas. As a result, the white paper is something of a patchwork, mixing the familiar – borrowing heavily from the now defunct industrial strategy – with the new and, in some cases, surprising.

At the IOP, we were pleased to see familiar and welcome motifs such as education, skills and research and development (R&D). But, like others, we challenged the government to deliver substance as well as slogans. Our initial comments focused on teaching and inclusion in response to those parts of the white paper that were trailed by government before its launch. Here we explore some of the other major elements of the white paper – skills, R&D and productivity.

Our case is that physics is one of the UK’s levelling-up tools and if physics is not at the heart of this effort, then the UK-wide mission of economic revival is in danger of failing to get off the launch pad. Two of the ‘national levelling up missions’ are aimed at re-balancing local performance and productivity across the UK’s nations and regions, and these are topics we have been taking a close look at.

One of the key pledges in the white paper is that by 2030, pay, employment and productivity will have risen in every area of the UK. Physics is a demonstrably reliable springboard for meeting this goal. Our recently published report on workforce skills showed that physics skills are central to the new industrial landscape and offer routes to productive employment, and varied and rewarding careers for people in every part of the UK, with the labour market demand for physics skills being large enough to be significant everywhere.

Across the UK there are just over 1.7m jobs which demand physics knowledge and skills (approximately one in 20 jobs) and they are well paid: all groups of these roles see significantly higher average earnings than jobs in the wider economy.

But there are already skills shortages, so growing demand will cause the skills gap to widen, jeopardising economic recovery and stalling plans to level up and make the UK a scientific and industrial superpower. So, strengthening provision of physics skills is central to ambitions to improve economic growth, prosperity and living standards in all nations and regions of the UK, and this should be reflected in all relevant economic strategies.

Another IOP report published in January shows that physics-based industries are a foundation stone for the UK economy and are highly productive. Across the UK, the physics sector generates £229bn gross value added (GVA), or 11% of total UK gross domestic product (GDP). It creates a collective turnover of £643bn, or £1,380bn when indirect and induced turnover are included, and labour productivity in physics-based businesses is strong at £84,300 per worker, per year. 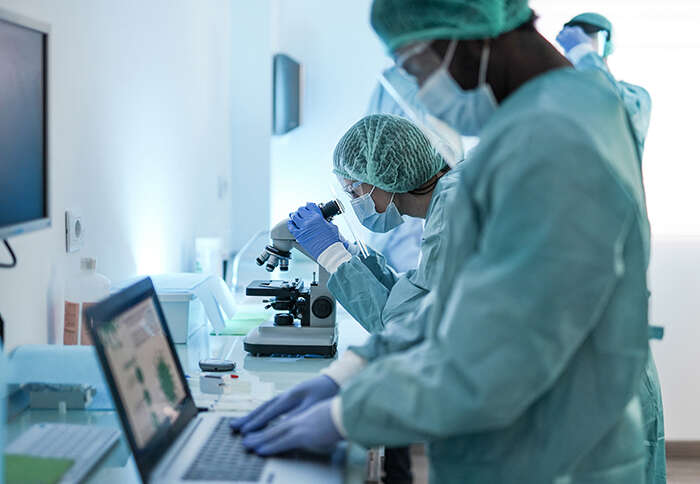 One of the most eye-catching government commitments is that ‘by 2030, domestic public investment in R&D outside the greater south-east will increase by at least 40%, and over the Spending Review period by at least one-third.

‘This additional government funding will seek to leverage at least twice as much private sector investment over the long term to stimulate innovation and productivity growth.’

The President of the Royal Society, Sir Adrian Smith, foresees a challenge, saying: ‘The investment needs to be new and not just a repackaging of old money. We… cannot afford to “rob Peter to pay Paul” by investing in some localities at the expense of world-leading research in already hugely successful research clusters.’

This highlights a conundrum that lies at the heart of government thinking – how to balance the ambition to be a science superpower with the imperative to spread opportunity and prosperity to all parts of the country. In the past, UK Research and Innovation has said that it will play its part in levelling up by equalising access to the benefits of research, but not necessarily by distributing research funding differently. On the face of it, this policy begs to differ.

“Physics research, innovation, knowledge and skills can play a defining role in the realisation of the ambitions set out in the white paper.”

The second part of this pledge (to boost business investment in R&D) is vital to realising the government’s ambitions to raise investment in R&D to 2.4% of GDP by 2027. Physics-based businesses will be central to this goal because they undertake a significant share of business R&D. R&D in physics-intensive industries equalled £8.9bn (34% of business-conducted R&D). And we might expect this figure to grow quite dramatically.

An IOP-commissioned survey by CBI Economics showed that 59% of physics innovators plan to increase investment in R&D in the next five years – if the right conditions are in place.

However, the same report found that physics innovators in some regions/nations were more likely to report experiencing challenges to undertaking R&D/innovation activity. This was particularly the case for northern English regions (and especially Yorkshire and the Humber and the north-east) and the south-west. Firms in Scotland were also more likely than average to report facing challenges to undertaking R&D/innovation activity. By contrast, physics innovators in the Midlands and the Greater South East of England tended to identify fewer challenges.

So, to unlock the vast potential of increased R&D investment by physics-based businesses outside of the Greater South East and realise an enormous innovation dividend (investing an additional £8.8bn in R&D in the UK physics sector would generate a GVA increase of £34.3bn and additional turnover of £52bn), the UK government must level up its own innovation and business-support policies.

Physics may not have all the answers to the challenge of spreading prosperity and improving the quality of life across the UK but physics research, innovation, knowledge and skills can play a defining role in the realisation of the ambitions set out in the white paper. We look forward to working with the government to unlock physics’ potential.