For their outstanding service and the delivery of significant improvements to the helium recovery, storage and liquification system ensuring the long-term sustainability of low temperature condensed-matter research. 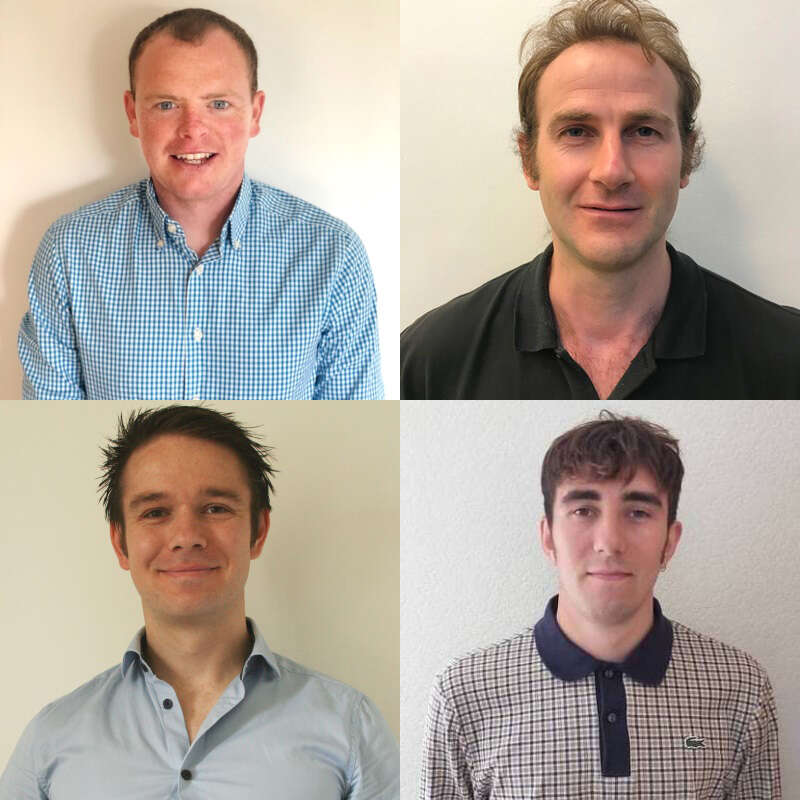 Callum and Graeme came to the university from school entering via the mechanical engineering apprentice scheme. Chris had a varied career prior to joining and Jack is currently in his penultimate year of his apprenticeship.

With only a short hand-over between the generations, most of what this team has achieved is due to their dedication, competence, ingenuity and a willingness to get stuck in and give it a go.

Building on a long history, the condensed-matter research in the school depends critically on a continuous supply of liquid helium to cool the experiments. The large volumes required rule out relying on commercial suppliers; consequently, for several decades the school has run a helium recovery and liquification service.

Over time the recovery system had degraded, eventually recovering less than 50% of the gas used.

The team identified that with these recovery rates, research would become prohibitively expensive, proposed a solution and over the past few years have replaced all the recovery pipework, worked with researchers to minimise losses from experiments and overhauled the storage facilities and the liquefier.

As a result, recovery rates of this increasingly scarce and expensive resource now stand at more than 95%, saving the school tens of thousands of pounds per annum and ensuring the long-term sustainability of the low-temperature research.

The team's efforts in overhauling Scotland's only helium recovery and liquefier system have been noted across the university. Late last year the team designed and installed a bespoke helium capture system in another school, allowing gas to be transported back to physics for subsequent re-use.

Very little funding was available to facilitate these improvements. After making a small initial investment, the team used savings made through improved recovery rates to re-invest into the next round of improvements.

The success of the improvements has been demonstrated by the internal helium recharge rates charged to researchers remaining fixed against rapidly rising world prices.

The team also maintains the two cleanrooms and the associated nano- and microfabrication equipment used by the photonics researchers.

As a fitting finale to a very productive few years, Callum and his team organised the highly successful British Cryogenics Council 2019 CryoUsers Conference, bringing together suppliers and delegates from across the UK.