For an outstanding contribution to physics at Newcastle from a building site to its flourishing physics programme with state-of-the-art physics teaching laboratories. 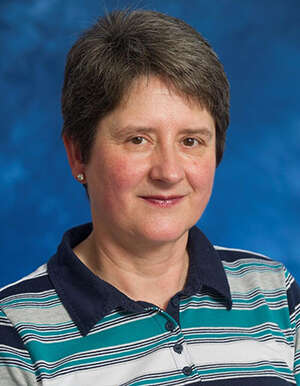 Andrea is senior technician at Newcastle University and line manages another technician.

With responsibility for four teaching laboratories including a darkroom for optical work and a cryogenic laboratory, and group learning space, she overseas laboratory health and safety and is the local radiation safety officer.

She joined Newcastle in May 2015 just four months before the first physics students in over a decade would start their degrees. At this point the physics laboratories were a building site.

She took a leading role in the specification, design and outfitting of the physics laboratories. In particular she was keen to include cryogenics experiments for all students. The undergraduate teaching laboratories are one of the major assets at Newcastle.

They always raise positive comments from parents, students and professionals.

Andrea takes a key role in recruitment helping to organise open days and offer-holder days and has not missed one of these in her four years at Newcastle.

The physics programme at Newcastle has grown rapidly, from welcoming 35 first-year students in 2015 to 75 in 2019 with ambitions to continue this trend. Andrea’s knowledge and enthusiasm about the degree programme have been instrumental to this growth.

Andrea has a passion for outreach and has visited and hosted schools exposing hundreds of the regions youth to the joy of science. She plays a key role in the annual June enrichment event for 60 prospective A-level students.

The scheme had a successful test in June 2019 and was fully launched in January 2020. A number of local Widening Participation schools in the area have already benefited from this scheme.

Andrea also plays a vital additional pastoral role within physics. The laboratories double as study spaces outside of scheduled lab time. This is made possible because Andrea is willing to supervise the students in the labs.

In this capacity she creates a bond with many students and will often be the first to know of student issues, strengthening the student voice. She personally arranges catch-up sessions for students that have missed laboratory training sessions ensuring they don’t fall behind.

Andrea is a fundamental part of the success of physics at Newcastle University.

She has made a significant and sustained contribution to the reintroduction of a physics programme from scratch.