For services to physics, in particular his leadership and championing of the value of physics and quantum technology to society, nationally and internationally. 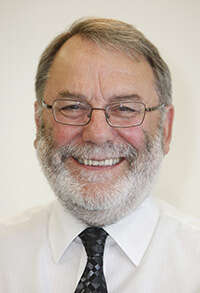 Professor Sir Peter Knight has a worldwide reputation as a highly distinguished researcher in quantum optics and quantum information science, receiving a knighthood for his work in 2005, and being elected as a Fellow of the Royal Society in 1999.

He is the recipient of numerous awards including the Thomas Young Medal of the IOP (1999), the Frederic Ives Medal and Award of the Optical Society of America (OSA, now Optica) (2008), the Richard Glazebrook Medal of the IOP (2008), the Royal Medal of the Royal Society (2010) and the Faraday Medal of the Institution of Engineering and Technology (2019), along with honorary doctorates from the universities of Heriot-Watt, Sussex, Strathclyde, Glasgow, Huddersfield, Birmingham, Macquarie, Royal Holloway London and Imperial College London.

He held the position of Deputy Rector (Research) at Imperial College until 2010 having previously, until 2008, been Principal of the Faculty of Natural Sciences, and Head of the Physics Department, from 2001-2005.

He is a Past-President of the OSA (the first non-North American-based person to hold the role) and was for seven years a member of its Board of Directors. He served as the elected President of the IOP (2011-13).

He has given extensive service to the physics community both nationally and internationally, with significant contributions to the strategic planning, oversight and governance of physics and in particular to its technological implementation. His influence is notable in guiding strategy and policy in areas relevant to National Standards (advising the National Physical Laboratory) and in areas relevant to defence and national security (having chaired the Defence SAC at the UK Ministry of Defence).

Most recently he has played a leading role in shining a light on the transformative potential of quantum technology to deliver benefits to UK society and the economy. His leadership has been pivotal in the conception and development of the UK National Quantum Technologies Programme (NQTP). From the start of the NQTP in 2014, to its ongoing programme today, the NQTP is a beacon of excellence internationally in how forefront research in physics can be translated into benefit for society.