For her fundamental contributions to condensed matter physics, lifetime service to the physics community and efforts to defend the human rights of scientists and the principles of diversity and inclusion in physics. 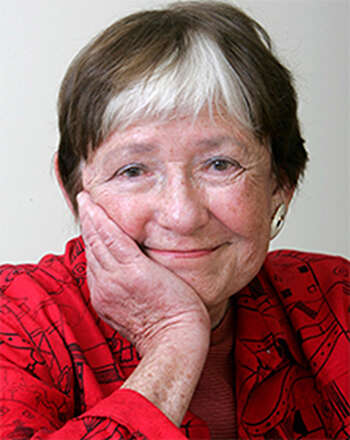 Professor Myriam P Sarachik is a world-leading experimental condensed matter physicist, and has made fundamental contributions to the physics of electronic transport in solids and molecular magnetism.

She received the American Physical Society’s (APS’s) 2005 Oliver E. Buckley Prize in Condensed Matter Physics, she was chosen to be the 2005 L’Oréal-UNESCO For Women in Science Laureate for North America, and she was awarded the 2020 APS Medal for Exceptional Achievement in Research.

Following research associate positions at IBM Watson Laboratory at Columbia University (1961-1962) and at Bell Laboratories (1962-1964), she joined the faculty of City College of the City University of New York as an Assistant Professor of Physics, was promoted through the ranks to Professor in 1970 and named a Distinguished Professor in 1995.

Professor Sarachik has served in an advisory capacity to the National Science Foundation, the US Department of Energy, the American Institute of Physics (AIP), the National Research Council (NRC), the American Association for the Advancement of Science (AAAS) and the US National Academy of Sciences (NAS).

She has been a member and the chair of the Solid State Sciences Committee of the Board on Physics and Astronomy of the NRC and a member of the Board of the AIP. Following many years' activities on numerous committees and as a Board member, she was President of the APS in 2003.

She was elected and served a three-year term (2008-2011) on the NAS Council, the governing body of the NAS.

The IOP was honoured when Professor Sarachik took part in an ‘in conversation’ with Rachel Youngman, IOP’s deputy chief executive, recently, where she shared inspiring stories of ‘physics, life and everything else’. Her support for IOP webinars for the physics community was very much appreciated.