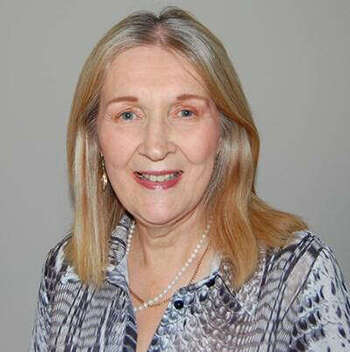 For her voluntary creation and development of Girls into Physics events across Scotland, tireless work as the Institute of Physics Scotland (IOPS) secretary and ensuring the continuation of the retired members network in Scotland.

Gail Millar created Girls into Physics and has been voluntarily running events across Scotland since 2009. The committee feels, given the renewed focus on post-16 physics, that it’s time to recognise her achievements.

Girls choosing their National 5 subjects are invited to events to showcase the wide range of future physics and engineering-based careers.

Events follow a similar format usually comprising a short talk from an inspirational woman, workshops provided by employers of engineers and physicists and a panel discussion, where some of the workshop presenters answer questions about their career choices and current roles.

One participant said: “The Girls into Physics day was a great experience. It really opened my eyes to what career paths I could take by doing physics. It was a great day going round different stations and seeing what opportunities are available to me in the future.

“I would totally recommend going to the day. It is a really good help if you are not sure what career you want to do in future."

As a result of the programme's success there are events from the north to the south of the country and in its 11th year it continues to grow.

Millar’s tireless efforts are testament to the importance she places on widening access to physics. Over 4,500 girls have attended events which have showcased the opportunities available and she is now organising STEM events in primary schools.

An inspirational teacher in the classroom, her pupils have frequently scored top marks in SQA physics exams and have won the IOP’s physics award on six occasions. A team of her pupils also won the IOP’s Higgs prize.

As the long-serving secretary of the IOPS committee, Millar has ensured the smooth running of meetings, collation of the array of reports and events and, of course, ensuring catering for the meetings.

Millar has also taken on responsibility for the retired members’ network ensuring that IOP’s active members continue to have a place to meet and learn about developments in physics in a social setting.

Having graduated with a degree in physics from Edinburgh, Millar went on to train as a teacher in Aberdeen after a brief stint working as an engineer at Ferranti.

She took up positions as a physics teacher, head of physics and as head of charities, guidance and careers at schools in Aberdeen and Edinburgh over her teaching career. 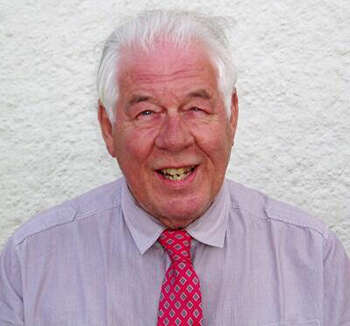 Vincent Smith has been a member of IOP since 1988 and a fellow since 2002. During that time, he has supported IOP activities in a very large number of ways.

He served on the committee of the south-west branch as member, secretary, treasurer and chair (2001-2005). As chair he introduced the Festival of Physics, which brings together speakers, workshops and demonstrations in a full-day event in Bristol or Bath in the spring, and Exeter or Plymouth in the autumn.

He re-joined the south-west branch committee recently as treasurer (2016-2018) and chair (2018-present). For branch events, he and his wife Margaret organise picnic lunches.

He has been active in group activities, as the high energy particle physics member on the Nuclear Physics Division committee, as secretary, then chair (2005-2009). He was elected to the committee of the History of Physics Group, serving as secretary and now treasurer.

He organised conferences for the International Year of Light in June 2015, and on the history of particle colliders in April 2017. He is presently co-organising a meeting on the 200th anniversary of Hans Christian Oersted’s discovery of the connection between electricity and magnetism.

Smith is a member of the panel considering applications for fellowship, and served on the degree accreditation committee from 2004-2009 and on panels visiting university departments seeking accreditation.

He was a founding member of the Lab in a Lorry steering committee, and served on the advisory committee for the Supporting Physics Teaching project.

His major contribution to IOP is his many school visits delivering talks on ‘What Time is it on Mars?’, ‘Dark Matter’ and ‘Is the Electron There When You are Not Looking?’

Smith spent 40 years in the physics department at the University of Bristol, finishing as reader, researching in elementary particle physics, and taking part in projects at CERN and Fermilab, and he was a member of the team discovering the Higgs boson.

As an honorary senior research fellow at Bristol, Smith frequently visits CERN, acting as a shift leader on the CMS experiment, but also as a trained CERN guide, taking school and other groups on guided tours.

He also visits the University of Jaffna in Sri Lanka every two years giving unpaid undergraduate lectures on advanced electromagnetism.

In 2004, Smith was awarded the MBE for services to physics.