For his outstanding contribution to business in physics-based technology commercialisation, his major contribution to the field of physics education and his considerable services to the IOP. 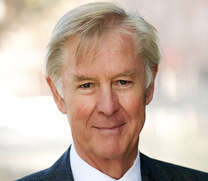 Sir Peter Williams first made his mark as a young academic in semiconductor physics before making the successful transition into industry, a feat few people achieve.

As Chief Executive, then chairman, of Oxford Instruments, he oversaw a period of rapid growth at one of the pioneers of medical imaging technology, a UK company that became a world leader.

Since 2015 he has been chairman of Kromek Group plc, where his unique combination of scientific knowledge and boardroom experience makes him equally comfortable talking to people in R&D and fellow directors – and he has contributed to the company’s growth.

Sir Peter has played a leading role in many organisations and professional bodies and authored important reports on science education at school and university level. Distinguished bodies where he has held senior posts include the Engineering and Technology Board, the Particle Physics and Astronomy Research Council and the National Physical Laboratory, while he has been Master of St Catherine’s College, Oxford and Chancellor of the University of Leicester.

His dedication has earned him a knighthood and election as a Fellow of the Royal Academy of Engineering and the Royal Society. Sir Peter has also been an influential figure at the Institute of Physics, as President from 2000 to 2002 and recipient of the Glazebrook Medal in 2005 for his outstanding contributions across so many areas.

Few people achieve success in one field, let alone across such a broad spectrum, and few are as deserving to be an Honorary Fellow at the Institute of Physics. Rarely is the phrase “distinguished career” more fitting.