For his distinguished scientific research in the field of semiconductor surfaces and interfaces and his many contributions to development of physics research in Wales. 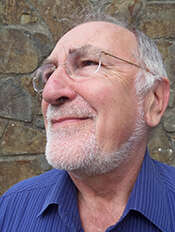 Robin Williams’ pioneering fundamental research on semiconductor surfaces and interfaces, particularly on the nature of interface structure and imperfections and their influence on electrical  barriers, has been highly relevant to the operation of a wide range of functional devices whose operation are dependent on these kind of barriers. Much of his research involved collaboration with industry world-wide.  The book “Metal-Semiconductor Contacts”, which he co-authored with E H Rhoderick, is a classic and is still widely read.

Williams is distinguished not only for his scientific research but also for his academic leadership and for his many contributions to the promotion of science and higher education in the UK, and Wales in particular.  He was Head of the Department of Physics and Astronomy at Cardiff University from 1984 until 1994 when he was appointed Vice-Chancellor of Swansea University, a post that he held until 2003.  He is a founding fellow of the Learned Society of Wales, and is a  member of the Higher Education Funding Council for Wales (HEFCW) and the Science Advisory Council for Wales. His report to the Welsh Government laid the foundation for Y Coleg Cymraeg Cenedlaethol.

Williams has chaired many Advisory Committees for the Welsh Government. In 2012 he was invited by the Welsh Government’s Department for Business, Enterprise, Technology and Science to oversee the implementation of Sêr Cymru (Welsh Stars), a £50 million programme of investment in the Welsh research base.  In 2004 he received a CBE for his services to science and to education.