For his contributions to research on gravitational waves (2016). 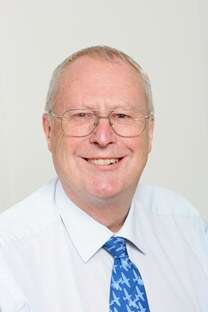 Professor Sir James Hough has spent several decades as a major international force in efforts to detect gravitational waves, the success of which was announced this year.

He has played a leading part in the University of Glasgow’s experimental gravitational waves programme since the 1970s, and served as the director of the Institute for Gravitational Research between 2000 and 2009. He is now the associate director and a research professor, as well as the emeritus holder of the Kelvin Chair of Natural Philosophy.

The team built up by Hough carries out research related to Advanced LIGO, GEO600, LISA Pathfinder and other gravitational wave detectors. The detection of gravitational waves – which promises to usher in a new era of astronomy – would not have been possible without the mirror-suspension systems designed by the group.

Further, the team is working with industry on aspects of mirror reflectivity and bonding of optical components, the latter of which was patented in the last decade, with patent applications for related research currently underway. The team has also produced many highly trained students sought out by a range of industries from finance to engineering for their skills.

Hough has published more than 300 journal papers over the course of a career combining academic research and teaching with helping to steer science and education policy in Scotland, the UK and Europe. He is a former IOP Council member, a current member of the Institute’s education and audit and risk committees, chair of the IOP Scotland Education Committee, chair of the Higher Education and Industry Advisory group for Education Scotland and a member of the advisory board for the Scottish Schools Education Research Centre and for the Glasgow Science Centre. He has recently  served on the Scottish Science Advisory Council , the executive committee and council of the European Physical Society, and the Physical and Engineering Science Committee of the European Science Foundation.

Hough was awarded the Institute’s Duddell Medal in 2004 and received the Phillips Award in 2015, was elected as a fellow of the Royal Society in 2003, and was awarded an OBE in 2013 for his research and advisory work.