For her sustained, innovative and key contributions towards the discovery of gravitational radiation over the last 27 years, including her work at Glasgow and Stanford Universities, which contributed to a significant improvement in the sensitivity of the Laser Interferometer Gravitational-Wave Observatory (LIGO) and other detectors. 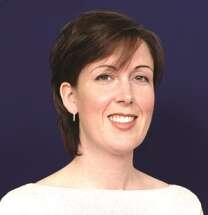 Professor Sheila Rowan has made sustained, innovative and key contributions towards the discovery of gravitational radiation over the last three decades. While working between Glasgow and Stanford Universities her work has, with colleagues, contributed to a significant improvement in the sensitivity of the Laser Interferometer Gravitational-Wave Observatory (LIGO) and other detectors. This has been in part due to a new method of suspending the detector mirrors – using fused silica fibres – developed by Sheila and colleagues and implemented first in the GEO 600 detector and then for use in the Advanced LIGO by a consortium of UK groups, led by her team at the University of Glasgow.

These suspensions were critical in enabling the discovery of gravitational radiation by the LIGO/Virgo collaboration announced in 2016, 100 years after its prediction by Albert Einstein. This discovery is highly significant as it demonstrated that black holes really exist, that they form binary systems and that their mass, quite unexpectedly, can be as high as 60 solar masses. A further discovery, of a coalescing neutron star binary system, has verified that such systems are the origin of short gamma ray bursts and that these coalescences could produce the majority of the heavy elements in the universe.

Currently, Sheila’s research interests include the search for mirror coatings of lower thermal noise, essential for future detectors now at the planning stage.

As one of the leading scientists of the LIGO collaboration she serves on its crucial Detection Committee, reviewing and checking evidence for whether a result is real or not – and she chairs the Gravitational Wave International Committee of project directors, a working group of the International Union of Pure and Applied Physics, which is steering the future of gravitational wave astronomy worldwide.

Sheila has recently been appointed to the Council of the Science and Technology Facilities Council – and was elected to the Royal Society in 2018.