For his contributions as a scientist encompassing both pure and applied physics and as a superb ambassador for physics through extensive outreach activities, and for his significant contribution to the science community as an outstanding President of the IOP. 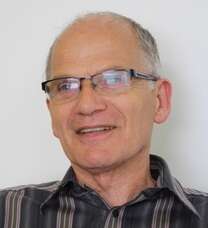 Roy Sambles has been a member of the academic staff at the University of Exeter since 1972 and has made significant contributions to our understanding of the melting process, spin waves in metals, resistivity of thin metal films, molecular rectification, liquid crystal optics, plasmonics and microwave and acoustic metamaterials.

He was promoted to a personal chair in 1991 and was elected to the Fellowship of the Royal Society in 2002. His prizes include the George Gray medal of the British Liquid Crystal Society and the Thomas Young and Faraday medals of the IOP. He has served on the Engineering and Physical Sciences Research Council (EPSRC), the Defence Science Advisory Committee and as the only academic scientist on the Board of the Counter Terrorism Centre. He was a member of the 2014 Research Excellence Framework Panel for Physics and has recently been appointed a Distinguished Visitor to the National Physical Laboratory.

Most recently, Roy has focused his research interests on metamaterials and their application to microwaves and sound. This has led to prototype device production through collaborations with QinetiQ, Thales, Dstl, Flann Microwaves and BAE. Since 2014 he has led an EPSRC Doctoral Training Centre in Metamaterials, supporting more than 80 PhD students over an eight-year period.

Roy has developed a passion and a gift for taking physics to the community. His outreach activities over the last seven years have reached more than 2,500 teachers, students of all ages and members of the general public.

This enthusiasm for physics was evident in Roy’s very successful time as President of the Institute of Physics. During his four years as President Elect and President he made some significant and invaluable changes to the way the Institute works and how it interacts with its community.