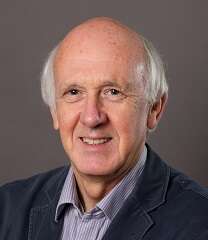 Robin is one of the foremost physics (and science) education researchers in the country, with a strong international reputation.

His main research interests are the teaching, learning and assessment of conceptually demanding topics in science, especially in physics; practical work in science; science curriculum policy and design; and the relationships between research and practice in science education.

Robin has directed or co-directed major research projects on young people’s images of science, the influence of students’ procedural and conceptual knowledge on their performance of science investigations, and the use of diagnostic questions for stimulating changes in teachers’ classroom practices. He was coordinator of the Evidence-based Practice in Science Education (EPSE) Research Network, which was funded in the ESRC Teaching and Learning Research Programme. He was also a core member of the Nuffield Foundation seminar series that led to the Beyond 2000 report and a co-author of the report.

He was made an OBE in 2015 for services to science education.