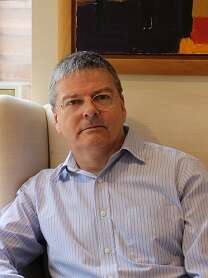 Mike Cates is one of the foremost theoretical physicists in the world today. He is a pioneer and advocate of the emerging, interdisciplinary field of soft condensed matter, which encompasses complex fluids, polymers and plastics, liquid crystals, foams, powders and self-assembled membranes.

He has made consistent leading advances to the theoretical physics in the field, and his contributions have won for the UK a prominent position in soft matter globally. He has also collaborated closely with experimental physicists, chemists and industrial scientists, resulting in many examples of commercial benefit alongside the deep scientific understanding of these classes of materials.

His scientific achievements are multiple: his was the first theoretical framework for fractal macromolecules and their rheology; he conceived a powerful theory for the dynamics and flow of self-assembled living polymers, which break and reform continually (which has applications from molten sulphur to personal care products); he pioneered our current standard model for glassy deformable soft solids, and he revolutionised the way we think of the physics of granular materials, coining the notion of “hyperbolic elasticity”.

Recently he has solved the long-standing puzzle of shear-thickening colloidal suspensions (such as the temporary solidification of corn-flour suspensions under high force), and has, alongside experimental colleagues, identified a new class of jammed emulsions from two-phase materials. His current work on active fluids of bacteria and the extension of statistical mechanics needed to describe this entirely new class of self-activated fluids is proving equally productive, creative and fundamental to physics.

Cates has served in many other ways than bringing national profile to his field (and becoming the first soft-matter physicist to hold Cambridge’s Lucasian Chair). His work for the Royal Society Council, sustained collaboration with the Anglo-Dutch company Unilever, and leadership of the world-renowned Edinburgh Complex Fluids group have given tremendous energy to UK science.