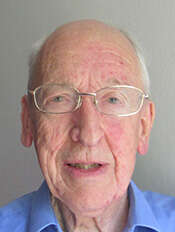 Philip spent the early years of his career as a practising medical physicist at the Royal Free Hospital, specialising in medical imaging. In 1990 he became a Chartered Physicist and moved to the IOP. Over his 25 years with the IOP he has held a number of key roles and is now a member of the senior executive team.

During this time Philip has played an important role in the development of the landscape for UK physics, often working behind the scenes and necessarily in ways that are difficult to recognise publicly. Just some of these achievements include his work as secretary to the ground-breaking community report, The Future Pattern of Higher Education Funding in Physics, which led to the establishment of the four-year MPhys courses, and in commissioning a review of the finances of English physics departments, as a result of which the Higher Education Funding Council for England provided additional teaching income for high-cost laboratory-based subjects.

He led the work to produce reference material on Research Fields in Physics, which culminated in the comprehensive guide to research in UK and Irish physics departments, and several pieces of work with the research councils, including the studies that led to the vision papers on emerging areas of physics, a study on peer review procedures for physics, and career paths for post-doctoral students, which became part of the influential Roberts Report to the Treasury. Philip also led the team which worked on developing the resources websites on biophysics and quantum physics, and on the publication of two influential reports: the International Reviews of Physics and Astronomy; and the Review of UK Nuclear Physics Research, which triggered additional funding from the research councils to help form new UK research groups. Philip has also played an important part in the development of the IOP’s arts–science programme, organising several high profile events and initiatives that have significantly raised the profile of the cultural impact of physics and the important role it plays in society.