For outstanding service to physics, leadership and innovation in the establishment of the mechanical instrumentation facility in physics at Imperial College London, which has underpinned diverse and internationally leading physics research programmes. 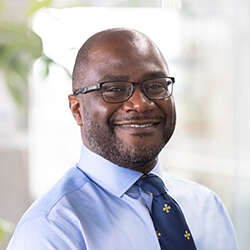 In 2005, Paul Lawrence Brown was appointed manager of the mechanical workshop in the physics department at Imperial College London.

Having joined the department in 1990, Brown was well aware of the demands of high-profile physics research programmes and their impact, both scientifically and on the public at large. On appointment, he brought to attention the need to upgrade the workshop facilities as well as its working practices, if applied physics research at Imperial was going to maintain a leading edge.

Between 2007 and 2008, the then renamed Mechanical Instrumentation Facility underwent a major, £3m refurbishment. Brown instigated and led this project to its successful completion.

Currently accommodating 20 technicians, Brown has ensured that small-scale research projects as well as flagship programmes are equally serviced, in addition to providing facilities to enhance interdisciplinary interactions with physics. He has also ensured that physics education is equally supported, interacting widely with undergraduates, meeting their needs.

This was particularly highlighted in the summer of 2020 when he coordinated the production of components for several hundreds of lab-in-a-box packages that were assembled and couriered throughout the world in October, enabling all Imperial physics undergraduates to carry out their laboratory experiments during COVID-19 isolation without disruption.

Pride in designing and producing equipment is key to Brown’s psyche. He has produced numerous devices upon which major international programmes rely, consulting and advising in all aspects of the production; from choice of materials through to finished product.

Brown has been instrumental in manufacturing the laser systems for artificial guide star generation experiments in association with the European Southern Observatory, manufacturing components for the LISA Pathfinder mission, the major construction of an in-house Z-pinch, the construction of the magnetometer deployed in the Solar Orbiter project launched in February 2020, and is currently engineering components for the upcoming Jupiter Icy Moons Explorer project.

In 2016, he was duly awarded the Imperial College President’s Medal for research support excellence, and in 2017 was appointed a member of the Order of British Empire (MBE) for services to higher education.

Having started his career as an apprentice in mechanical engineering, Brown’s non-traditional route into physics and subsequent decorated success is both an inspiration and roadmap for students in similar positions, especially those from under-represented backgrounds.

His guiding influence was instrumental in helping establish The Blackett Lab Family, which has grown to become the leading network for UK-based black physicists.

Through this network and alongside his passion for diverse representation in physics, Brown continues to promote the value of apprenticeship schemes and careers in technical support, offering his expertise to schools and national institutions to raise the profile of the field.