Former chief executive of DSTL and president of the IOP

For the development of a roadmap for large facilities, and for her achievements as chief executive of DSTL (2016). 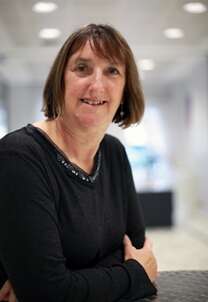 As an expert liquid-crystallographer working in the LCD Displays research group at the Royal Signals and Radar Establishment Malvern, Dame Frances Saunders made significant contributions to displays that would become widely used in the instrumentation and signboard industries.

She became superintendent there before moving into the signal-processing division, where she was responsible for automatic speech recognition at the early stages of its spinout from Malvern.

Saunders later moved to the Office of Science and Technology in 2000, where she was responsible for oversight of the seven research councils and their strategy and delivery of much university research funding, dealing with many new policy issues such as devolution. Here she played a crucial role in developing a roadmap for the development of large facilities, working to establish both Diamond and a new ISIS target station at the Rutherford Appleton Laboratory.

In 2003 Saunders joined DSTL, that part of the Ministry of Defence (MOD) responsible for research deemed to be too sensitive to privatise with Qinetiq, as technical director, moving on to become operations director in 2005. Her aptitude in this role was rewarded when she became chief executive in 2007.

Under Saunders’ leadership, DSTL delivered defence-critical science and technology to the MOD, particularly in support of military operations in Afghanistan. It also took on additional responsibilities for leading the formulation and delivery of the MOD’s £400 m non-nuclear research programme, and established itself as the MOD’s principal interface with the wider science and technology community in the UK and overseas. DSTL continued to strengthen its links with other government departments to underpin delivery of the UK’s National Security Strategy.

After retiring from DSTL in 2012, Saunders took on a number of activities promoting science, engineering and leadership, especially for young people. She was appointed as a member of the UK Space Agency Steering Board in 2015, was president of the IOP over 2013–15, and is a trustee of the Engineering Development Trust. She was elected a fellow of the Royal Academy of Engineering in 2011, and was made a Companion of the Order of the Bath the same year.