For her contributions to the field of physics education 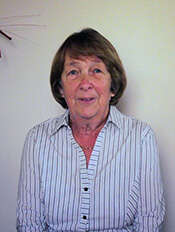 Catherine Wilson gained her bachelor’s degree at the University of Bristol and her PGCE from the University of Cambridge. She began her teaching career in Preston before moving to Clitheroe and teaching at the Royal Grammar School there.

While working as a teacher, Wilson was an active member of regional and national committees of the Association for Science Education (ASE). She joined the staff of the association in 1973 as assistant secretary and publications officer, and was promoted to the position of deputy general secretary in 1983. During her 17 years at the ASE she was involved, in turn, in almost all of its committees, supporting science teaching and teachers from primary schools through to further education colleges. She was also closely involved in a wide range of national projects including curriculum development initiatives, new assessment programmes in science education and the validation of in-service training courses.

At the Institute of Physics, Wilson gained a reputation as a passionate advocate for physics education with an ability to connect enthusiasts and drive a project forward with energy and flair. She has an exceptional talent for focusing and harnessing others to her vision and helping them to understand what it is they could do to achieve their ends. There are numerous existing legacies of her work at both the ASE and the Institute: in particular, she transformed the education department at the Institute and laid the foundations upon which the department’s current success is built.

Aware of the importance of the teaching she had received, Wilson was a keen supporter of all initiatives aimed at increasing the number of women in science, such as taster courses for girls, careers events and the Committee on the Public Understanding of Science’s promotion of science with the Women’s Institute.