Quantum Dice receives a Business Start-Up Award for the development of verifiable and secure photonics to advance key industrial applications in security, simulation and AI.

Quantum Dice is developing an innovative, device-independent and self-certifying, true (quantum) random number generator. The technology is focused on securing the key generation in the encryption market, to future proof the security of information.

A quantum random number generator (QRNG) uses the principles of quantum mechanics to generate truly random numbers. Source device independence in QRNGs means that the randomness assurance protocol considers all the physical components of the device may be imperfect and accounts for their varying reliability when assessing the amount of randomness that can be extracted from the quantum mechanical process.

The innovation that Quantum Dice brings is a self-certification routine that continuously assesses the available randomness, thereby guaranteeing that the output numbers have the maximum amount of randomness that could be extracted. The patented technology is the product of research conducted at the University of Oxford’s Department of Physics, in the quantum optics group led by Professor Ian Walmsley, who is now Provost of Imperial College London.

The company uses advanced integrated photonics technology to produce high-quality randomness all from an on-chip laser source. The self-certification procedure offers higher security. It guarantees against the common problem of silent failure and external interference, while also significantly simplifying the complexity of the components required. This allows for a truly scalable device that offers a unique combination of speed, security and versatility of integration. 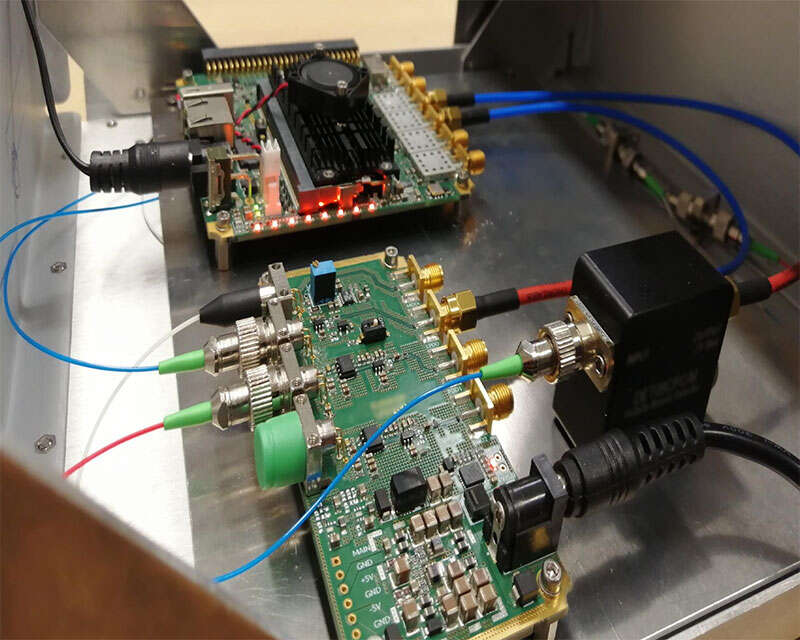