AEGIQ’s propriety iSPS technology is a turn-key source of true quantum light offering world-leading performance. The system architecture is based on the incorporation of an artificial atom, known as a quantum dot, in an on-chip optical resonator. Through careful engineering of the nanophotonic circuitry around the resonator the system is capable of operating at 10s of GHz speeds, delivering a train of single photon pulses to the output of an optical fibre with deterministic operation.

The pioneering performance of the iSPS technology combined with the ability to operate at telecommunication wavelengths offers huge potential for the development of quantum secure communication networks based upon deterministic source of quantum light. Here, the technology can be deployed without major infrastructure changes and in the window of minimum atmospheric losses for free-space quantum communication via satellites.

The company is actively engaged with several early adopters with a wide range of applications for their sources. AEGIQ is rapidly developing the systems around the technology with the aim of embedding their systems at the heart of the emerging global quantum networks. 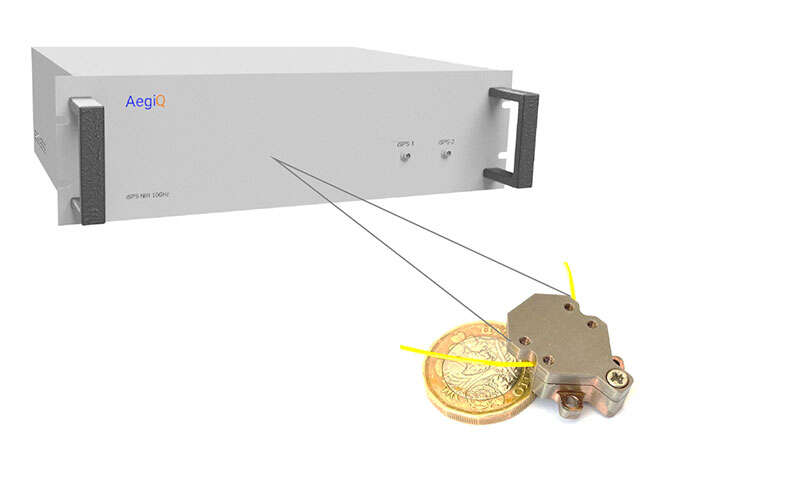 AEGIQ is a spin-out company building on over two decades of quantum photonics research at the University of Sheffield. Its proprietary iSPS technology offers a deterministic source of indistinguishable single photons which enables new capabilities across quantum secure communications, photonic quantum computing and imaging.