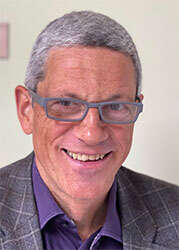 Professor Thomas Krauss has made pioneering contributions to photonic nanostructures in semiconductors that underpin many technologies and research activities today. Semiconductor nanostructures developed in the 1980s and 1990s as fabrication technologies were improving, but their practical functionality was less clear. In 1987, the ‘photonic bandgap’ paradigm emerged, later evolving into ‘photonic crystals’ and ‘metamaterials’. Krauss made the connection between the technological capability and the scientific paradigm. He was the first to successfully implement photonic crystals in a waveguide geometry and to study their fundamental properties, thereby introducing photonic crystals into mainstream photonics. Consequently, photonic crystals are now being used in research areas as diverse as quantum technologies, nanoscale imaging and sensing, optical interconnects, and light-emitting diodes.

Under his leadership, the EU-IST PICCO project (2000–2003) laid the foundation for two achievements that have fundamentally transformed photonics. Firstly, PICCO developed a grating coupler that enabled efficient coupling between fibres and nanophotonic waveguides as well as wafer-scale testing, which explains their wide use in industry today. Krauss was instrumental in the early development of the technology. Secondly, PICCO initiated CMOS Photonics, i.e. the processing of photonic circuits in a semiconductor foundry. This capability is now adopted by leading photonics groups and industrial players worldwide, achieving a complexity and functionality that was hitherto unthinkable. Bringing Bookham Technologies and Roel Baets’ group at IMEC, Belgium, into the project and working closely with them, Krauss made a major contribution to this development.

Moving to York in 2012, Krauss established strong connections with researchers in bioscience, leading to a number of pioneering contributions. He developed a novel hyperspectral imaging modality that affords the imaging of cells and their secretions in real time, revealing their response to drugs and vaccines. This unique capability, termed ‘Phenospot’, is now being developed as part of a Wellcome Grant with a view towards commercialisation as a scientific instrument. In healthcare, he turned the guided mode resonance phenomenon known from photonic crystals into a successful sensing modality. Krauss realised that guided mode resonances are extremely tolerant, hence ideally suited for a low-cost realisation, an essential requirement for home-use diagnostics. Moreover, he demonstrated that this approach achieves very high performance, comparable to the ‘ELISA’ laboratory gold standard.

Krauss has shown exceptional ability in pioneering fundamental concepts and making them accessible for practical solutions.