Keith Clark for outstanding provision of technical support for experimental particle physics at the University of Bristol and beyond. 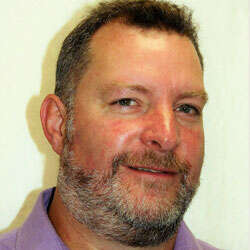 Keith Clark has provided technical support to the Bristol Particle Physics Group at the University of Bristol since 2012. His skills are far beyond those expected of a technician of his pay grade. He has an immense sense of responsibility to each project and huge pride in his work, delivering far more than can be expected and willingly filling gaps outside his nominal responsibility. He works incredibly well in international, diverse teams and is praised by all who work with him. His most significant recent achievements are:

He plays critical roles supporting other Bristol high-energy physics projects and willingly helps with a multitude of technical tasks (including advising his fellow technicians) around the School of Physics.

Clark is the Bristol Particle Physics Group’s only technician, working directly with the principal investigators and researchers. Although nominally part of the School of Physics research technical team, in practice he works independently with minimal supervision from the team manager. He has singlehandedly saved several projects from disaster and is widely regarded as a hero.

After leaving school at 16, Clark had a mixed career in engineering and construction. His work with the Group started with a two-week contract after a chance meeting, and he has gone on to become an indispensable team member.