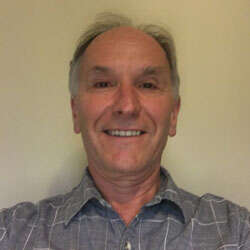 Professor Colin Lambert invented the field of quantum-interference-enhanced, molecular-scale transport. By viewing molecules as interferometers exhibiting constructive or destructive quantum interference, he predicted that room-temperature electron and phonon interference effects can be controlled in single molecules and exploited in the design of self-assembled molecular arrays. The resulting ultra-thin-film materials were predicted to have unprecedented ability to convert waste heat to electricity using the Seebeck effect and to cool at the nanoscale via the Peltier effect. Destructive quantum interference (DQI) was also predicted to lead to enhanced functionality as molecular-scale memories, sensors and switches.

These pioneering ideas have revolutionised the ways we study molecules and utilise their electronic properties. They have stimulated the synthesis of new families of functional molecules and the development of new platforms for contacting molecules to electrodes separated by gaps of only a few nanometres.

A key characteristic that sets Lambert apart from many condensed-matter theorists is that he develops new concepts and theories and then is proactive in designing experiments for their implementation in the laboratory. This has led to recent laboratory demonstrations of his theoretical predictions that DQI can enhance thermoelectric performance and on-off ratios of single-molecule switches and vertical tunnelling transistors formed from molecular films. His ideas for controlling DQI include heteroatom doping, atomic-scale control of connectivity to molecular cores, supramolecular stacking and implementation of quantum circuit rules for predicting electrical conductances of single molecules, all of which have been demonstrated experimentally.

Lambert’s impressive list of co-authored papers with experimental collaborators demonstrates that many chemists and materials scientists have been inspired by his work and are keen to work with him. During the past eight years alone, he has published 160 papers with experimental groups from 54 universities distributed across the globe. Typically, these collaborations start from new concepts and preliminary theoretical calculations, which identify candidate molecules for later synthesis and characterisation, followed by more detailed ‘whole-system’ calculations, to interpret and validate experiments.

To bridge the gap between theoretical concepts and real-life experiments, with colleagues Jaime Ferrer, Stefano Sanvito and former postdocs and PhD students, Lambert co-created the computational tools SMEAGOL and GOLLUM, which are distributed freely to a community of over 400 users in 35 countries. These codes compute electron, phonon and spin transport in a wide variety of nanostructured materials and devices. Their theoretical foundations are described in Lambert’s 430 page textbook Quantum Transport in Nanostructures and Molecules, published by IOP Publishing in 2021.