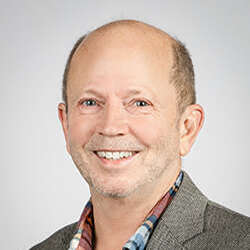 This is the 22nd year of Critical Point, a monthly Physics World column written by Stony Brook University’s Dr Robert P Crease on the historical, philosophical and social dimensions of physics that reach a wide range of audiences far beyond physics.

For seven years, Crease has also been co-editor-in-chief of Physics in Perspective, whose mission is to “bridge the gulf between physicists and non-physicists through historical and philosophical studies that typically display the unpredictable as well as the cross-disciplinary interplay of observation, experiment, and theory that has occurred over extended periods of time in academic, governmental, and industrial settings, and in allied disciplines such as astrophysics, chemical physics, and geophysics”.

Crease has written, co-written, translated and edited nearly 20 books on the history and philosophy of science, several of which sprang from material in Critical Point. These books have been reviewed in places as diverse as The Economist, the London Review of Books and The Wall Street Journal, and translated into a total of 10 languages.

One book – ‘The Quantum Moment: How Planck, Bohr, Einstein, and Heisenberg Taught Us to Love Uncertainty’ – is about the real and fanciful impact that quantum mechanics has had on philosophy, culture and life (stemming from an innovative class that Crease and the physicist Professor Alfred Goldhaber co-taught at Stony Brook University). Another – ‘The Workshop and the World: What Ten Thinkers Can Teach Us about Science and Authority’ – discusses the origins and responses to modern science denial.

Other books include ‘Philosophy of Physics’, an Institute of Physics (IOP) ebook, and the final portion of ‘J. Robert Oppenheimer: A Life’, which was begun by the physicist Abraham Pais and left incomplete with his death.

Crease also edited ‘Science Policy Up Close’, by the physicist and US Presidential Science Advisor John H Marburger III. For these and other contributions to the history and philosophy of science, Crease was elected a Fellow of both the American Physical Society and IOP.

In 2013, Crease won first prize in a Stony Brook science playwriting competition for ‘Trust Territory’, concerning the intersection of social and scientific issues in a volatile situation.

Crease has written more than 75 reviews, editorials or other short pieces on philosophy, history and science for academic journals and The New York Times, The Wall Street Journal, Nature, Newsday and more. He has appeared on a range of radio programmes, from the BBC to the offbeat ‘Talk Nerdy’.