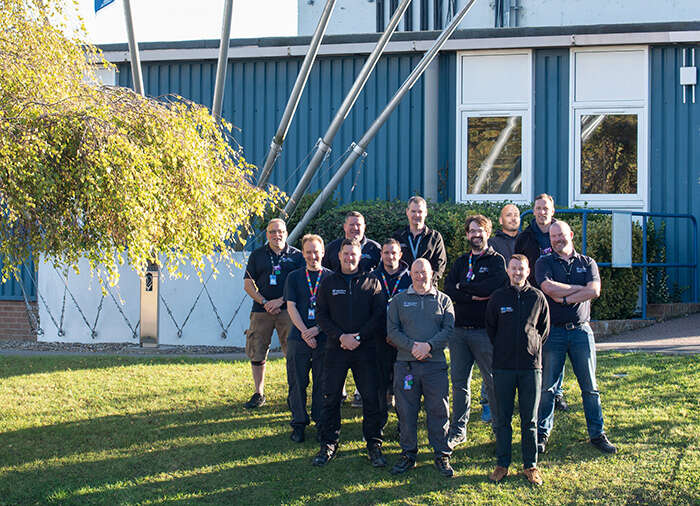 The team is recognised as one of the best providers of cryogenic sample environments for neutron scattering in the world, delivering one of the most intense experimental schedules. Working closely with researchers, they support more than 500 experiments annually, with over 100 at less than 1 Kelvin.

The equipment supplied and operated by the team is highly complex and capable of producing environments for experiments at temperatures as low as 20 milli-Kelvin using cryostats and dilution refrigerators, and magnetic fields of up to 13.5 tesla using superconducting magnets.

Often, several pieces of equipment and techniques are combined to obtain multiple environments for a single experiment. The combination of low temperature and high magnetic field parameters enables a broad range of cutting-edge science, including superconductivity, quantum criticality, low-temperature magnetism, quantum fluids and solids, and spintronics.

In the last decade, ISIS users have published over 5,000 scientific publications. All these experiments have used cryogenic equipment provided and supported by the cryogenics team, who are included in many publications as co-authors.

A consequence of low-temperature science is the need for helium but it is vital this is managed sustainably. Over the last five years, the team has risen to this challenge by researching, developing, building and operating a helium recovery plant for the facility, also capable of servicing the local campus.

This advancement has been made possible through collaborations with colleagues at neutron facilities across Europe. These collaborations between ISIS technicians and their counterparts in other facilities ensure that equipment and techniques available to scientists in the UK continue to be state of the art.