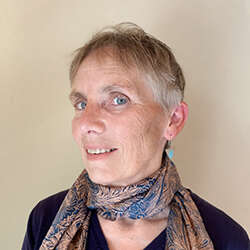 Her two papers describing the development of lattice Boltzmann algorithms for multiphase flow have each received over 1,200 citations and the ideas are now being used by multiple groups worldwide. These algorithmic advances have been extended to give new understanding of phase ordering, droplet dynamics and liquid crystal hydrodynamics.

Yeomans has never been content to simply apply algorithms, but rather to use them in developing original models and ideas that have immensely facilitated our understanding of complex fluids. She was one of the first to enter the rapidly expanding field of living fluids, where her work has been instrumental in describing chaotic flows of active fluids. In particular, a 2012 paper by Yeomans and co-workers is recognised as a landmark investigation of mesoscale turbulence in active systems.

Moreover, she has furthered the field of mechanobiology, opening a new door into interdisciplinary research on the mechanics of cellular layers. In a 2017 article, she collaborated with experimentalists to identify active topological defects in confluent cell layers, providing the first evidence of a mechanical trigger for apoptosis. This work has led to an explosion of interest in the roles of topological defects and the applicability of liquid crystal physics to biological systems.

The novelty of Yeomans’ research, and her clear explanations, have led to numerous invited plenary and named lectures throughout the world. The breadth of her interests is illustrated by invitations to lecture at eight Gordon Research Conferences (GRCs) on six different topics, and her chairing of the 2019 GRC on Complex Active and Adaptive Material Systems.

Yeomans was elected Fellow of the Royal Society “for her development of novel numerical and analytical modelling tools to investigate a wide range of complex fluids” and was awarded the European Physical Journal Pierre-Gilles de Gennes Lecture Prize “for her outstanding contributions in the field of soft matter and biological physics”.

Yeomans is also a recipient of a University of Oxford teaching prize and is a popular college tutor. She is heavily committed to public engagement, giving many talks at Institute of Physics branches and chairing the Think Physics Advisory Committee, an initiative to encourage disadvantaged young people to pursue STEM careers.

Her commitment to mentoring junior scientists is exemplified by the impressive number of her former postdocs and students in faculty positions across the world.