For distinguished service to the Institute of Physics Yorkshire Branch, performing many outreach events inspiring countless children and adults alike with the magic, fun and wonder that he experiences through physics. 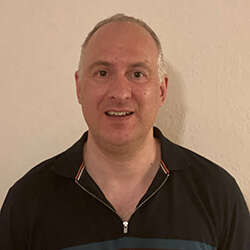 Professor Michael E Ries, from the School of Physics and Astronomy at the University of Leeds, has made a long, sustained and successful contribution to the Institute of Physics (IOP) Yorkshire Branch over 22 years since joining the branch committee in 1999.

His first committee role was to organise the Yorkshire Paperclip Physics Competition, where students from across Yorkshire would explain some part of physics using everyday items. He was responsible for all of the regional events, including the regional finals 2000-6, inclusively, widely viewed as a fun, great event.

From 2002 to 2006, Ries was the branch webmaster setting up and running a wiki-based website. From 2010 to 2012, he became the outreach representative and organised many events of which some are listed below. From 2012 to 2016, he was the honorary chair of the committee, and from 2016 to 2020, he was the honorary treasurer.

Examples of outreach events Ries has organised are:

Ries has also been the recipient of several IOP small grants. For example, in 2009 he received funding for A Problematic Life on 22 April 2009, which was a day of problem solving for 20 sixth-form students. He was also funded to run an event with Physics World on 10 July 2009, where about 25 sixth-form students experienced a day of being a journalist, and finding out about our research.

He gives and has given countless talks and workshops at schools, too many to list for over two decades, with several per year. Ries is a member of the IOP Polymer Group committee.