Dr Judith Hillier for significant contribution to the support of women in physics through her work with the Conference for Undergraduate Women in Physics, and to the education of teachers of physics. 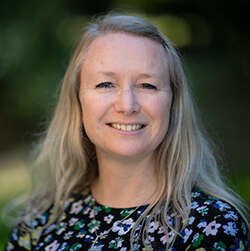 The underrepresentation of women in physics has been a challenge for the physics community for decades. As a minority, women often feel as if they do not belong – that they do not have the capacity or the right to study and work in physics.

One initiative to try to ameliorate this has been the Conference for Undergraduate Women in Physics (CUWiP) events. Initially organised at the University of Southern California in 2006, CUWiP quickly became an annual event at a number of locations across the US.

The first UK CUWiP happened at the University of Oxford in March 2015. Led by Professor Daniela Bortoletto, the local organising committee brought in Dr Judith Hillier to conduct the conference evaluation using substantial pre- and post-conference questionnaires similar to the ones used in the US.

The shortage of physics teachers has long been a concern, both in the UK and abroad. Since 2010, Hillier has led physics initial teacher education at the University of Oxford, one of the leading providers in the UK and internationally.

Not only has she nurtured many cohorts of new physics teachers into the profession, Hillier has also supported many biology and chemistry trainee teachers to also teach physics well to younger secondary school students. She regularly advises the IOP Education team about initial teacher education, and her expertise as a teacher educator is also valued by the Association for Science Education.