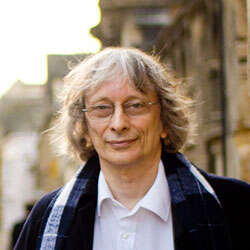 Professor David Deutsch is a theoretical physicist at the University of Oxford and to whom we owe our current understanding of the role of quantum bits in physical reality. To understand the importance of Deutsch’s intellectual creativity, it is first necessary to recognise that he represents the convergence of decades of efforts by two great schools of thought of theoretical physics: the British and the American.

In 1985, Deutsch published his ground-breaking idea, detailing the relationships between quantum theory, the Church-Turing principle and the universal quantum computer. Another paper followed in 1989, setting up the theory of quantum computational gates and networks, which is today the basis of quantum information science.

A further paper in 1992, with Professor Richard Jozsa, proved that a quantum computer could make use of multiple branches of the multiverse to solve problems whose solutions are ‘intractable’ by a classical computer. The latter could in theory obtain the solution too, but it would require exponentially more computational time because of its restricted modes of computation.

Thanks to Deutsch, therefore, there are now multiple commercial quantum computers being developed by large multinational companies and governments to solve problems whose solutions are intractable in the classical universe. These include applications in biology, engineering, chemistry, physics, mathematics and cryptography.