Dr Maggie Aderin-Pocock for exceptional services to science education and physics communication, including her inspirational work with thousands of school students as well as expert opinion on radio and television. 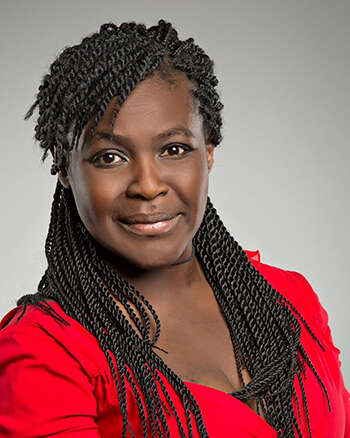 Dr Maggie Aderin-Pocock is an extraordinary science communicator and space scientist, whose sustained commitment to physics engagement has inspired thousands of UK children and adults.

Alongside a successful scientific career spanning academia and industry, from 2006 to 2020 Aderin-Pocock was awarded a Science and Technology Facilities Council Science in Society Fellowship to develop new ways to engage young people with space physics.

She has since worked with hundreds of thousands of children, many of whom attend mixed comprehensive schools, delivering presentations and workshops themed around the wonders of the universe.

Aderin-Pocock is not only dedicated to enthusing her audience about space research, but also democratising access to scientific careers. Her work in science education was recognised in the 2009 New Year Honours when she was awarded an MBE.

Aderin-Pocock’s advocacy, approachability and enthusiasm have caught the attention of the news media who, through interviews and in-depth profiles, have ensured that physics is on every reader’s radar.

When given these platforms Aderin-Pocock emphasises that space science is open to all, irrespective of your gender, ethnicity, physical ability, family background or prior school attainment. She is a passionate, responsible and considerate ambassador for physics who challenges stereotypes every time the opportunity arises.

Amongst her many accolades, she has delivered public lectures for the Southbank Centre, the Royal Society, the Mayor of London, the Houses of Parliament, the Women’s Institute and the Royal Institution. She has written two well-received popular science books, The Sky at Night: Book of the Moon – A Guide to Our Closest Neighbour, and Dr Maggie's Grand Tour of the Solar System, with more books in preparation.

Having worked with the BBC and other channels on a number of television programmes including Do We Really Need the Moon and CBeebies Mini Stargazing, Aderin-Pocock has continued to co-present the monthly television series The Sky at Night. As of 2020 she is the president-elect of the British Science Association.

Simply put, Aderin-Pocock has revolutionised the public perception of what a scientist should look like, and what a ‘traditional’ scientific career should be.