Professor Penny Anne Gowland for being an outstanding world-class scientist who has made major contributions in developing novel techniques for quantitative Magnetic Resonance Imaging (MRI) to enable innovative, non-invasive investigations into human anatomy, physiology and biology. 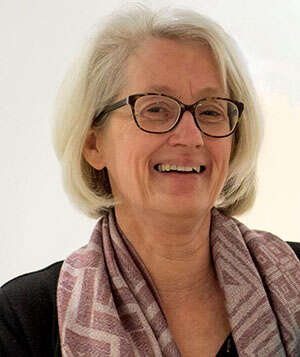 Professor Penny Gowland is an internationally recognised authority with many and impressive contributions to the MRI field of significant clinical impact.

She developed some of the very first methods for measuring Nuclear Magnetic Resonance relaxation times in-vivo and recognised the power of Echo Planar Imaging for monitoring dynamic processes and making quantitative measurements.

Working with obstetricians, Gowland has pioneered the use of high-speed MRI to study the development and function of the utero-placental unit relating to foetal growth and to characterise the changes occurring during growth and development of the foetal lung.

She has also shown that MRI provides a unique means to study dynamic changes in a placenta’s structure and function during gestation and the differences in placentas in pregnancies compromised by foetal growth restriction, preeclampsia and diabetes, and has recently discovered a new physiological phenomenon – the placental pump.

In the early days of functional MRI (fMRI) she performed the first ever foetal fMRI experiments, showing that at late gestation the foetal response to sound was similar to that observed in the adult, but the response to visual stimuli was very different, leading to an interest in neonatal and paediatric brain development and, now, to undertake novel electrophysiology studies of foetal activity.

Collaborating with gastroenterologists, Gowland has developed a series of novel MRI measurements for studying the function of the gastro-intestinal (GI) tract.

These have improved our understanding of the physiological response to feeding, including how the formation of food can affect the sense of satiety. These methods have provided powerful objective ways of assessing functional GI disorders, and other diseases such as cystic fibrosis.

Ground-breaking work involved developing MRI to study cerebral haemodynamics, with the particular goal of understanding the physiological changes underpinning the Blood Oxygenation Level Dependent effect, that is the contrast mechanism used in most fMRI studies of brain function.

For instance she developed an innovative method of measuring oxygen extraction in small vessels using hyperoxia.

She has also made important breakthroughs in applying ultrahigh field 7T MRI in neurodegenerative diseases.

She identified a new mid-brain feature at 7T, the nigrosome, which was absent in brain scans of Parkinson’s disease (PD) patients, later also detected on clinical 3T scanners, and which is now being investigated as an early diagnostic test for PD.