Dr Becky Smethurst for engaging a diverse, global audience with complex astrophysical ideas presented at an accessible level with a large dose of enthusiasm on the YouTube channel Dr. Becky. 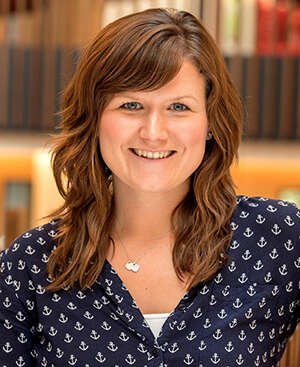 Dr Becky Smethurst is the engaging and enthusiastic presenter of the popular YouTube channel Dr. Becky, which currently has over 100,000 subscribers and over six million views.

Not only does Smethurst present these videos, she researches, produces and edits the content on a weekly basis alongside her research.

Smethurst is known for being able to take complex ideas and break them down piece by piece to a level that people are able to engage with.

Some of her most popular videos have covered the history of an idea in physics over the centuries, such as dark matter, to highlight how these theories don’t just spring up over night.

By adding references to popular culture and by not taking herself too seriously, she has been able to consistently engage with over one million people worldwide on a platform which has historically been associated with the spread of false information.

In particular Smethurst states that she likes to be “unapologetically feminine” on her channel in the hope of highlighting that femininity and science are not mutually exclusive concepts.

This was demonstrated most by the top comment on one of her ‘Nailing Science’ videos, up-voted by other viewers, which read: “Women … just chatting about advanced science topics while doing stereotypically feminine things, like painting nails, is a great way to show girls who are interested in STEM that they do NOT have to change themselves to be successful in the field.” - Max McCormick.

Along with her YouTube efforts Smethurst regularly speaks to the public through more traditional media outlets, including a monthly half-hour slot on BBC Radio Oxford.

When astronomy news breaks she can often be heard making it accessible and entertaining for the public on Radio 5 Live, Radio 4, LBC talk radio and various local radio stations.

She has also appeared on both BBC News and Channel 4 News discussing breaking astronomy news stories.

On top of this, Smethurst is also the author of the popular astronomy book Space: 10 Things You Should Know, which was ranked one of Sky at Night magazine’s most popular space books of 2019.