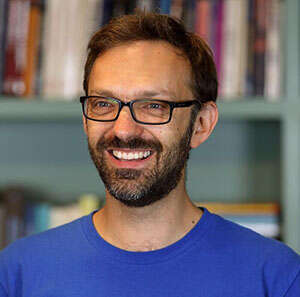 Dr Edward Gomez is a passionate advocate of physics being accessible to all, using the medium of astrophysics to engage and enthuse the next generation in pursuing scientific investigations with research-level data and equipment.

He has developed numerous, award-winning innovative educational tools, resources and platforms that have helped raise aspirations of children globally, and helped pupils to develop digital literacy at an early age.

He has secured national and international funding to lead public engagement projects directly reaching thousands of people per year.

These include the creation of an award-winning interactive educational resource to explore the physics of stars.

He leads the Global Sky Partners programme working with educational partnerships in 30 countries supporting children in using robotic telescopes to carry out scientific investigations from their classrooms.

Pupils involved have written over 30 peer-reviewed papers, with a third of the 15,000 (annual) audience from the developing world.

Gomez is an exceptionally engaging speaker and has given hundreds of public lectures. After writing Jack Photon for IOP Physics Storytelling, he has since presented it at events in both the UK and the US.

He has frequently appeared on radio programmes and science festivals and has given his Science of Doctor Who talk to thousands of people internationally.

One such project is the enormously successful Universe in the Classroom which he co-led (including developing welsh language resources for schools).

This project worked with 150 primary schools across six counties, directly impacting 8,000 children, including training more than 150 teachers. Teachers involved with the project said they are now more confident teaching science.

More recently, he wrote the Ada’s Adventures in Science comic books to inspire young people to achieve their potential and give them confidence to take part in science by asking questions.

More than 15,000 comics were sent to schools and educational organisations globally and the popularity of the comics has led to the series being translated into five languages.

As a mark of his substantial leadership in engaging children in physics, he is chair of the International Astronomical Union’s office of astronomy for development task force for children and schools.