Professor Kellogg Stelle for his seminal contributions to fundamental physics: the first quantum theory of gravity, the construction of braneworld cosmologies, and the discovery of the supermembrane and fundamental work on supersymmetric field theories and supergravity. 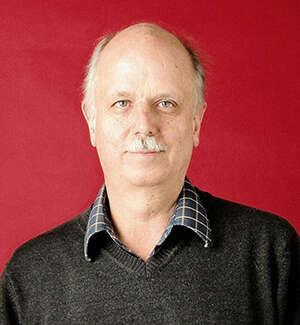 Professor Kellogg Stelle has made seminal contributions to the central problem of theoretical physics – the formulation of a quantum theory of gravity.

His discoveries concern the core problem of ultraviolet divergences in quantised gravity and the structure of the fundamental theory.

He established the only known consistent quantum theory of gravity in four-dimensional space-time, by including terms quadratic in the curvature tensor in the gravitational action.

This stabilises the high-energy behaviour of the theory by absorbing all ultra-violet divergences into renormalisations of physical quantities, but at the expense of introducing a negative norm state.

This highly cited work provides an effective theory of gravity at the Planck scale and beyond that is under full ultraviolet control. It has wide implications in particle physics and early-universe cosmology.

Stelle has done fundamental work on the cancellation of ultraviolet divergences in quantum supersymmetric theories.

A very important result was his demonstration of the finiteness of N=4 supersymmetric Yang-Mills theory using non-renormalisation theorems. He showed that maximal supergravity has unexpected quantum cancellations but that divergencies are expected at high orders in perturbation theory; he has played a leading role in the intense recent activity in this field.

He gave the first formulation of general couplings in supergravity theories, which are the basis of the current proposals for supersymmetric phenomenology.

His supergravity ‘tensor calculus’ provides the complete mathematical basis for constructing couplings and is fundamental for model building of physics beyond the Standard Model.

Stelle established the precise relation between gravity and gauge theories.

The key point is the recognition that a translational gauge symmetry group must be spontaneously broken, giving the physical gravitational fields as Goldstone modes: the Goldstone fields reside in a local affine tangent space which realises precisely the differential geometric notion of ‘development’.

He discovered the supermembrane solution of supergravity and showed how supermembranes compactified on a circle reproduce the dynamics of superstrings. This was a vital step towards understanding the key role of extended objects in string theory and foreshadowed the modern subject of string duality.

He constructed important solutions in which our four-dimensional universe arises as a dynamical surface moving in a higher dimensional space.

These are the basis for important braneworld cosmologies which challenge the inflationary picture of the early universe.