Dr Curt von Keyserlingk for remarkable discoveries in non-equilibrium physics, including the discovery of new families of driven phases of matter, and revealing the unexpected manner in which information spreads in quantum many-body systems. 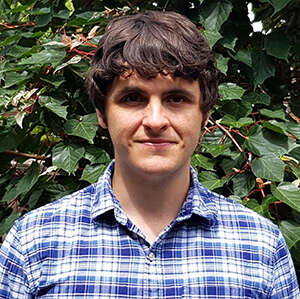 Firstly, in predicting classes of unexpected temporally periodic phases – and then collaborating with experimentalists to demonstrate their existence.

Secondly, in showing that in characterising equilibration – and the growth of entropy in a sub-system – the most readily experimentally measurable proxies for the entropy (the higher ‘Rényi entropies’) have qualitatively different behaviour to the real, thermodynamic, entropy and hence are misleading.

This was entirely unexpected.

Over the last decade it has been realised that there are phases of matter (albeit difficult to realise) which do not equilibrate, as they have an extensive number of conserved quantities instead of one – the energy.

Many-body localised systems were the first set to be (theoretically) discovered.

Von Keyserlingk showed how these ideas could be generalised to two classes of interacting driven quantum systems. The driving is periodic and in the single particle case there is a residual conserved quantity – the ‘quasi-energy’, a counterpart to the ‘quasi-momentum’ in a spatially periodic system.

He provided a complete classification for interacting systems in one spatial dimension of the allowed phases, both where the temporal symmetry of the driving is unbroken, and when the symmetry is spontaneously broken.

In the latter case the breaking means a new period develops in the system – for example a harmonic of the driving frequency. The remarkable aspect is that this new periodic ‘motion’ does not dissipate.

This surprising prediction – of a ‘discrete time crystal’ – called for an attempt at experimental observation. Von Keyserlingk collaborated with Lukin Group at Harvard in creating an experiment using nitrogen vacancy centres which revealed a time crystal.

Finally, very recently, he has shown that the entropy of a sub-system (defined via the reduced density matrix) grows in time linearly, but the proxies which may be used experimentally with cold atoms (Rényi entropies of order higher than one) do not reproduce this but spread diffusively.

This was completely unforeseen.