Dr Brianna Heazlewood for her outstanding contributions to the development of novel experimental techniques and computational modelling for studying the dynamics and mechanisms of reactive collisions at extremely low temperatures. 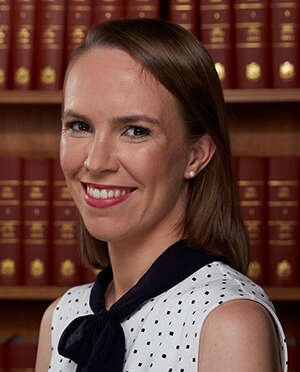 Dr Brianna Heazlewood has made outstanding original contributions in the field of experimental chemical physics, making important advances in the techniques for studying reactive collisions.

Particular important advances include reactions of molecular or atomic ions with polyatomic neutral molecules at very low temperatures of the order of 1 Kelvin, and in the techniques for being able to control the kinetic energy and quantum states of reactant species.

At the University of Oxford, Heazlewood has led the coupling of mass spectrometry with laser-cooled ion trapping, allowing full and quantitative product analysis in the study of the dynamics and kinetics of ultracold ion-molecule reactions in cases of genuine chemical complexity, reactions that have multiple-reaction product channels.

This methodology has subsequently been taken up by a number of groups worldwide in the field.

The above was carried out while Heazlewood was an 1851 Research Fellow and Leverhulme Early Career Fellow associated with the Softley Research Group at Oxford.

Since attaining her full independent status as a group leader in Oxford (Engineering and Physical Sciences Research Council (EPSRC) Early Career Fellow) she has led developments in the applied ion-trap mass-spectrometer combination to observe an extraordinarily large inverse-isotope effect in collisions of Xe+ ions with ammonia (NH3 and ND3), the interpretation of which has potential significance for the unexplained deuterium fractionation in the interstellar medium.

She has developed a unique permanent-magnet guide to spatially filter decelerated paramagnetic atoms and molecules in a narrow velocity range from the mix of decelerated and undecelerated gases emanating from a Zeeman decelerator.

This enables study of collisions of paramagnetic species with ions at very low temperatures.

Heazlewood’s group have designed and implemented a novel form of cryogenic ion trap with parabolic mirrors suitable for ion imaging of Coulomb crystals.

She’s introduced new computational models and extended existing approaches for the optimisation/simulation of experimental parameters and to improve understanding of low-temperature collision environments: the applicability of the Direct Simulation Monte Carlo approach to model inelastic collisions in helium-buffer gas-cooled cells points the way to further experimental improvements for the production of cold molecule sources.

Heazlewood and members of her group have applied evolutionary algorithms to optimise the performance – the throughput and beam characteristics –  of a Zeeman decelerator, instrumentation that produces beams of cold paramagnetic species through applications of sequences of pulsed magnetic fields.

These outstanding achievements mark Heazlewood out as one of the leading experimental chemical physicists in Europe in her generation, and she has made a genuine, lasting impact on a highly competitive field internationally.