Professor William Chaplin for revolutionary progress in the understanding of the stellar interiors of stars, through his leadership of the solar-type asteroseismology programme of the NASA Kepler mission. 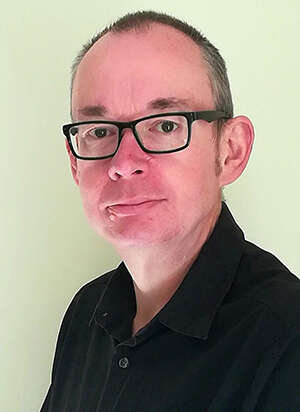 Professor William Chaplin has made major contributions to asteroseismology, the study of the normal modes of oscillation of stars, and the use of asteroseismic characterisation for exoplanet studies.

The surprising conjunction of these fields will be explained below.

Asteroseismology provides a wealth of information about stars, such as their age, uniquely the interior structure including rotation, in a way which complements the spectroscopic study of a star’s surface.

It is challenging to provide the continuous measurement required for resolving the mode structure of stars with ground-based observations, so the field has capitalised on recent space missions.

Chaplin saw the opportunity to apply methods developed for the sun (helioseismology) to stars with the NASA Kepler mission, and led the international community on using Kepler for studies of stars like the sun.

Additionally, he developed procedures to prioritise the best stellar solar-type targets for asteroseismic study, and led the selection of targets that enabled the community to exploit the observations.

This has led to an explosion of asteroseismic data. In terms of accuracy, turning aspects of stellar structure largely unconstrained by data into sharp precise focus, and in terms of volume, the large number of stars observed allowing ensemble asteroseismic studies to be performed for the first time with solar-type stars.

The Hertzsprung-Russell diagram for stellar evolution (temperature-luminosity categorisation) became multi-dimensional, lifting the degeneracies of stars with near-identical surfaces but different interiors and allowing the first detailed look at internal stellar rotation and the issue of angular momentum transport.

Chaplin’s signal contribution is indicated by his being first author in multi-authored papers, and set the scene for asteroseismic studies with Kepler, showing the potential for measurements of stellar interiors.

To determine exoplanet properties, one needs to know the properties of the host star.

The asteroseismic Kepler measurements, driven by Chaplin, enabled precise determinations to be made for a variety of exoplanet systems, allowing tests of their formation and evolution.

Chaplin has also had a leading role in the asteroseismology programme of the NASA TESS mission, and has very recently shown that data on a bright naked-eye star may be used to place constraints on an ancient galactic collision of the Milky Way.