Professor Adam Scaife for pioneering work on computer simulation and long-range prediction of the atmosphere. 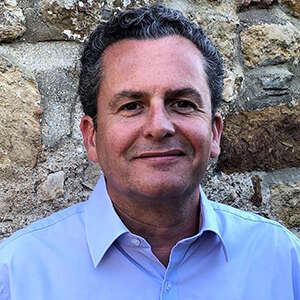 This effective combination is reflected in his highly cited (h=53) and impactful publications, approaching 200 in number and including many examples in high-impact journals.

Scaife is internationally recognised for his work on mechanisms and modelling of climate variability. An early milestone was to use parametrised small-scale buoyancy waves to simulate the stratospheric quasi-biennial oscillation in a climate model for the first time.

He has delivered numerous insights into ocean-atmosphere interaction: clarifying the influence of El Niño on Atlantic climate after many years of unclear results; improving simulation of atmospheric blocking via improved ocean modelling and reduced jet-stream biases and demonstrating how solar variability influences climate after amplification and phase shifting by ocean ‘memory’ effects.

His understanding of physical processes strongly influenced climate model development which he led at the Met Office for several years.

Scaife’s subsequent contributions to our understanding of climate predictability are outstanding. He recently demonstrated high levels of skill in winter forecasts for Europe, including extreme weather such as winter storms.

This work is highly cited and highly regarded.

Finally, Scaife’s seminal 2014 paper also demonstrated a subtle problem, whereby climate forecasts can predict the real world but are unable to predict themselves.

This so-called ‘signal to noise paradox’ is generating widespread interest.

He has built and inspired a group of around 25 climate scientists, placing the UK in a world-class position for long-range prediction.

His record in science communication is exemplary, including public media and learned societies and the popular science book 30-Second Weather.

Adam’s research has energised the topic of long-range forecasting.